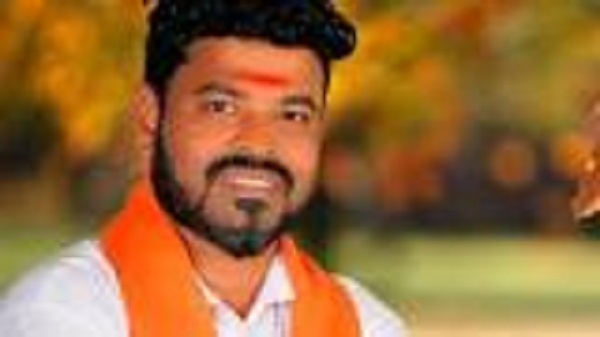 Another Hindu activist, Jagdish Suvarna, (this time from Bajrang Dal) was found dead on Bengre beach in Mangaluru, Karnataka last week. Going by this news report :

While the local police have registered a case his associates have taken to social media to not just inform others of his death but also express suspicion over it. The social media post that is being shared widely shows pictures of injuries and blood marks on Suvarna’s body. The post also says that his friends suspect it to be a case of Jihadi murder. The police, however, have refused to comment till further investigations.

Police commissioner Chandra Sekhar said it was too early to say if Jagdish Suvarna was murdered but tightened security across the district to stave off any outbreak of violence from Hindu right-wing organisations.

However, Police later cited post-mortem findings and ruled out any murder angle. Quoting this news report :

Citing post-mortem findings, Police today ruled out any possible ‘foul play’ in the death of a Bajrang Dal activist near a beach here and said it appeared to be a case of “drowning by accident”. The body of 35-year old Jagadish Suvarna, Bengre unit Bajrang Dal Convenor and a boat co-pilot, was found close to an estuary at Alivebagilu near here on April 21.

Police had initially stated that the body had injuries and it was suspected Survarna was killed by unknown persons. However, police today said the postmortem did not reveal any injury and there was no reason to suspect foul play. It appeared to be a case of drowning by accident. Mangaluru Police Commissioner M Chandra Sekhar told reporters that a case of unnatural death had been registered on a complaint by the victim’s brother Shivananda.

Jagdish Suvarna is survived by his wife, two sons and two daughters. He left his home on the night of April 20 to attend a Mehendi function but never returned. He was working for a passenger boat.

It must be noted that as many as 12 Hindu activists / leaders have already been murdered in Karnataka in last 2 years :

This case needs to be investigated upon without any bias.