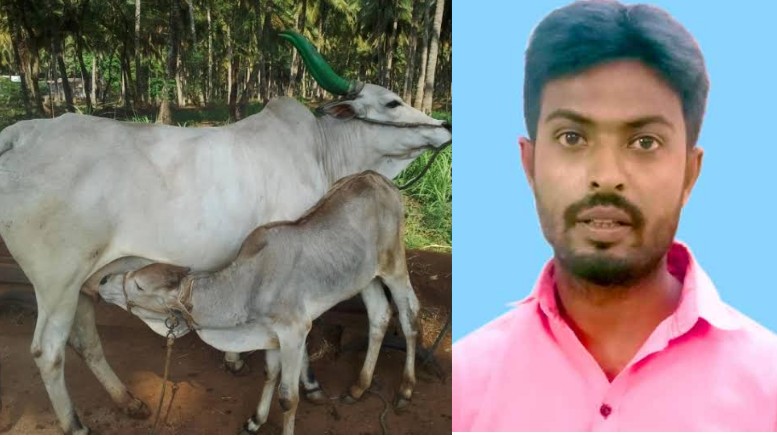 An inhumane incident of Muslims butchering two pregnant cows has shocked the residents of a village near Gudiyatham, Vellore. Hari, a farmer, was rearing two cows which were 6 and 7 months pregnant. One morning both the cows went missing and Hari went in search of them. As the previous day it had rained heavily, the cows’ footprints could be seen.

Hari followed the footprints of his cows and they led him to Quaid- E- Millath street where butcher shops are located. Hari spotted his cows’ butchered heads, legs and the rope he used to tie them, a few feets away from where their footprints stopped. Shocked by this sight, Hari filed a complaint in the local police station. Enraged by this heinous act Hari and his relatives blocked the road in protest with the butchered cows’ severed heads and legs placed in front of them.

As is the norm in a traditional Hindu family to consider cows as their family members, relatives showed their grief by singing ‘oppari’ (a funeral ritual that describes the dead person and how everyone will miss them). After an hour of protest police swung into action and arrested one Mubarak Ali for stealing the cows and butchering them. His brother and accomplice Rafique who runs a meat shop is said to be on the run. The heinous act of butchering pregnant cows has left the residents of the area numb.