How are Missionaries Dangerous to Bharat? 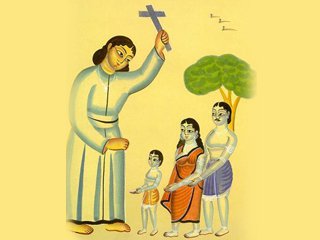 Back Story – My ex-life as a Quasi Missionary

I come from a hard line Christian family and our family have done a decent job of producing Christian priests & missionaries over the last few generations. We have had 3 Bishops & a dozen christian preachers in our lineage. Since my teen i started drifting more & more toward hard-line Christianity and for obvious reasons my local environment was very conductive for my drift. I used to organize rallies, conduct church revival meetings, organize the youth & have outreach mission where you will expose the concept of Christ to poor people.

So basically i was not the affected party, however was the perpetrator as a quasi missionary.

Life had some other plans:

I had convinced my self that i will attend bible school and start my life as a missionary. However Life is funny in its own way. Thanks to an altercation at my church I ended up shipwrecking my faith in Jesus Christ. I prayed my last prayer on 25th April 2005 at 5:30 AM and renounced Christianity.

DNA of a Missionary organization

They are well funded: You cannot beat the Christian setup. It is well rooted and well funded. Most of these organizations are decades old and have good assets and money. They can outspend any other Ghar Wapsi gimmick that RSS can try.

The slow destruction of Bharat’s culture, values and current life can all be traced back to the moral decadence bought by Missionaries. You will see this patterns repeat in Africa, Americas, Australia in the last 500 years where missionaries tried to replace a pluralist society with a religion that is one size fit all.

Looking back i am not proud of what i did…. however thank god (whoever it may be) that i am not a Missionary however ……only like the missionary position.