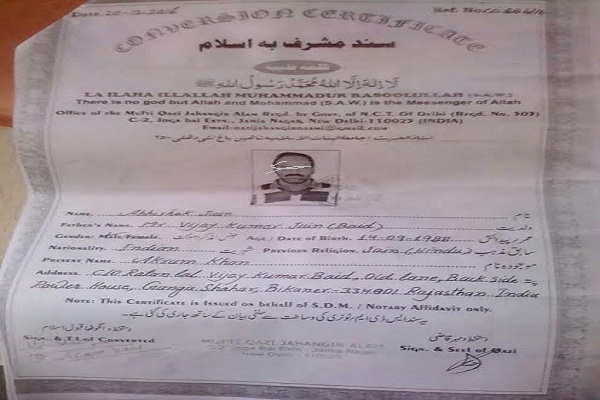 In a shocking series of revelations, a man named Abhishek Jain has claimed that a gang of Muslims in Bikaner, Rajasthan, forcibly changed his religion from Jainism to Islam. He has claimed that he was beaten, kidnapped, issued death threats and made to sign documents which enabled the accused gang to change his religion on paper. He also claims that all this coercion and torture happened with the full knowledge of the local Municipal Councillor (nigam parshad), Mohammad Tahir.

Abhishek is currently helped by the local team of VHP (Vishwa Hindu Parishad) in Bikaner. The news was also reported in the local media. We spoke to the city president of the VHP team, Sh. Mukesh & Abhishek Jain, and the incident came to light like this :

On 24th Feb, Bikaner VHP got a request for urgent help from Abhishek. He was called to VHP office next day where he told his story of going through forced religious conversion. A local press meet was organized the same day and he was taken to the respective police station for filing FIR. However, many police men were not in uniform and did not cooperate. When VHP president asserted that they need to get the FIR done, the police men in civil clothes started lathicharge and beat them up. Finally, after a lot of struggle, FIR was filed around 11 pm on the night of 26th Feb. It is already ten days and police has not done anything. VHP Bikaner has sent us a written statement too and claimed that some police men were openly abusing Narendra Modi, Vasundhara Raje and Bajrang Dal : 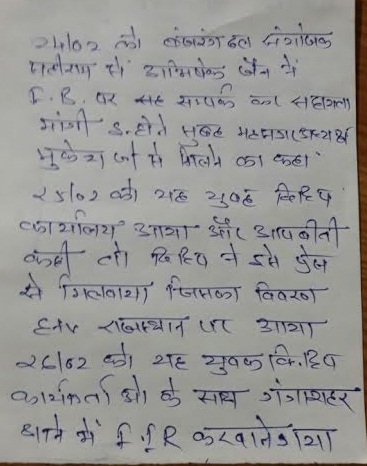 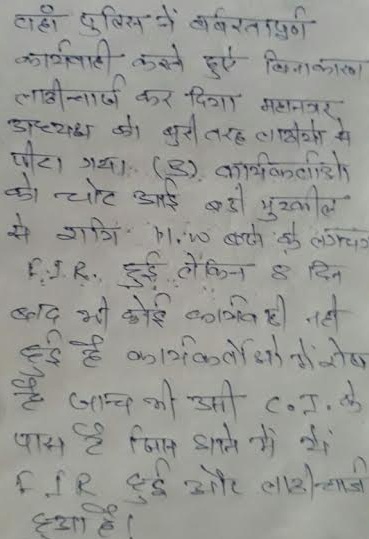 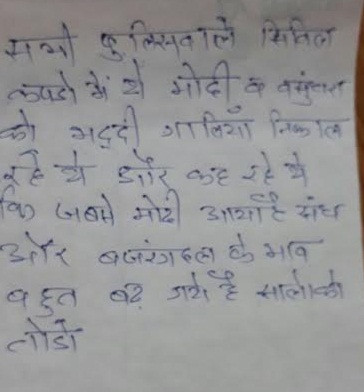 Abhishek Jain has given his statement to us as follows :

‘I am from Chattisgarh and my parents are well to do Jains. But because of certain personal differences, I moved out of my house. In March 2016, I started a small school in the building of Dr. Swami and made friends with his daughter, Disha Swami, who was living separately from her husband and agreed to manage the school. But soon I realized that a whole gang of men were coming to meet her regularly and their behavior was suspicious. It started affecting the working of the place so I spoke to her regarding shutting down the school. She took offense and filed some fake cases on me in September 2016, because of which I got arrested twice and then got bail.

This gang of 10 to 12 Muslim men which includes the nigam parshad Mohd Tahir, are involved in this. I finally asked them what is it that they want. I have lost all the money in starting that school. They told me that since I am already deserted by my family, I have nobody to help me. They told me to convert to Islam, else they will kill me. They told me that they have already made many Hindu men convert to Islam. I was also beaten a few times. Then they kidnapped me, took me to a mosque where I was told that I have to go to Delhi for conversion. I was told that their people will follow me all the time and i had to contact another Muslim guy in Jamia Nagar. I had no option but to follow their instructions.

I reached Jamia Nagar in Delhi and contacted that man named Mohd Bilal. He took me to his office like building, I was confined to a small cabin most of the time. I was made to sign various documents and plain sheets too. I saw another 6 men brought to that building for conversion. I was made to stay there for 6 days and then told to return to Bikaner. I was told my new name is Akram Khan and a conversion certificate was handed over to me.

I returned to Bikaner and reported to this gang. I was confined in a mosque where I was beaten sometimes and made to eat cow meat. Gradually they started giving me work in the mosque but I was still under supervision. I submitted to them and gradually they became less strict with supervision. I stayed in that mosque under their eye for at least 45 days. Then I asked them for a mobile so that I could pass my time. They gave me a mobile and then I searched for local VHP / Bajrang Dal contacts. That’s how I could contact VHP. I am giving you a copy of FIR.’ 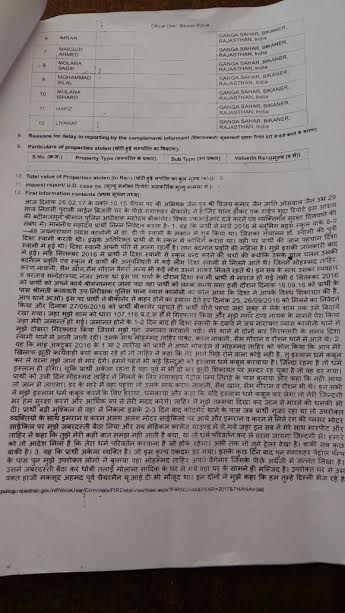 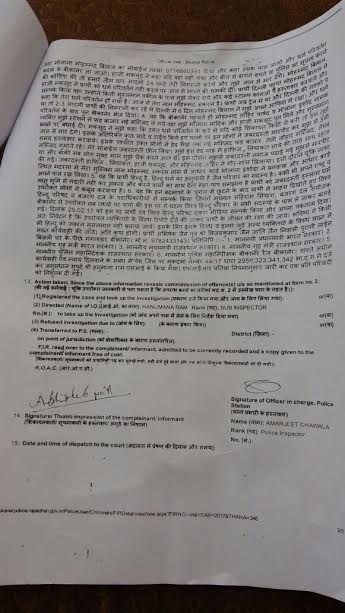 The conversion certificate which was handed over to Abhishek Jain : Social Media users connected with VHP also posted some videos regarding this incident. In this video, Abhishek says that he was coerced into changing his religion :

In this video, the police in civil clothes are seen beating the VHP people who had gone to the police station for filing FIR :

The most shocking and scary part of this story seems to be that the whole exercise looks like an organized racket of forcibly converting people to Islam. This doesn’t seem to be a one off case, as the victim has also claimed that there were 6 other men brought from different areas to Delhi for religious conversion. This seems like a well connected and large network of fanatics who specifically find out vulnerable men living alone and target them. This needs a massive inquiry and investigation.

(We thank Bikaner VHP President Sh. Mukesh and Karan Sharma for speaking with us).