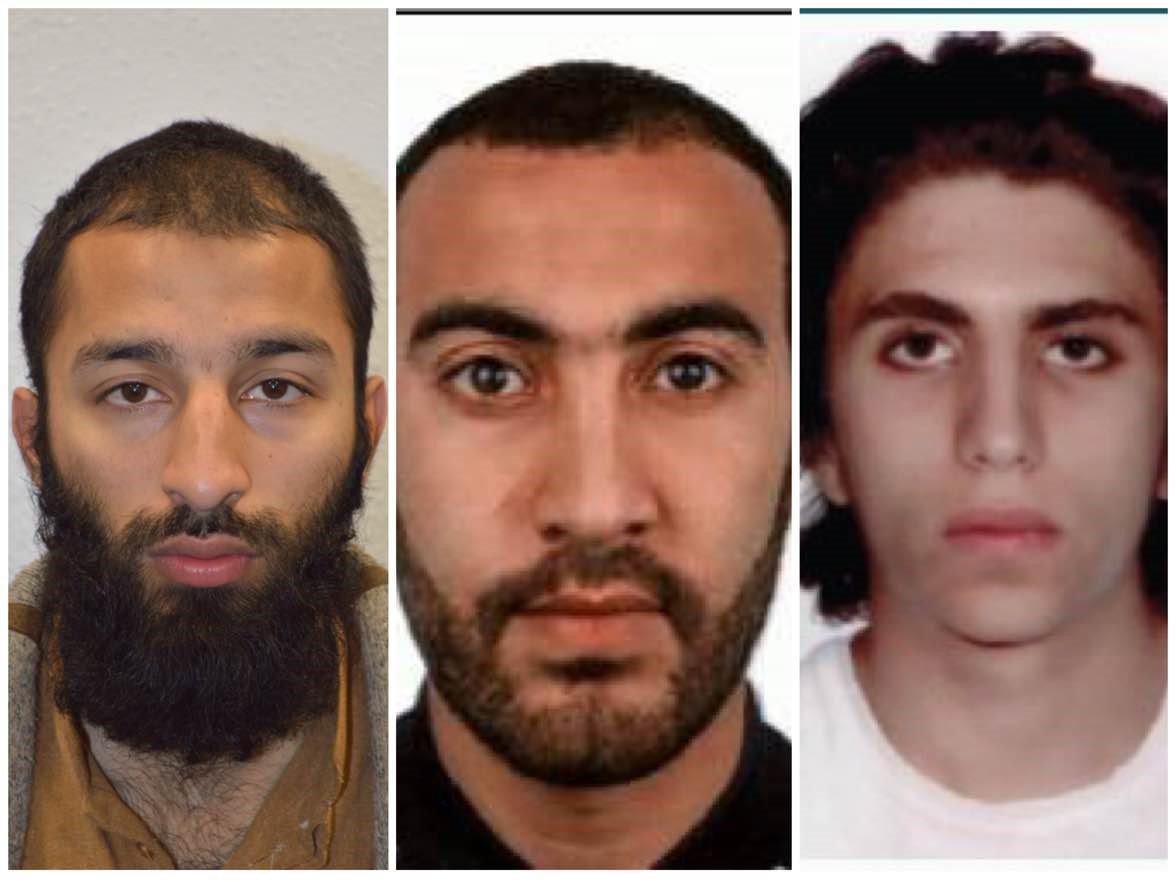 On 3rd June 2017, a terrorist attack took place in London when a van mounted the pavement of London Bridge and was driven into pedestrians. The van crashed, and the three jihadi assailants ran to the nearby Borough Market pub and restaurant area, where they stabbed people with large knives. Amber Rudd, the Home Secretary, stated that the attackers were Islamist terrorists.

8 people were killed and 48 injured, including four unarmed police officers who attempted to stop the assailants. The three attackers, who wore fake explosive vests, were all shot dead by police within 8 minutes of police receiving the first emergency call. ISIS has claimed responsibility for the attack. It was the third terrorist attack in Great Britain in just over two months, following a similar attack in Westminster in March and a bombing in Manchester in May.

The mastermind of London terrorist attack is of Pakistani descent

A 27-year-old British national of Pakistani descent Khuram Shazad Butt, who went by the name of Abu Zaitun, or “Abz”, is behind the recent London terror attacks and led a three-man jihadi cell.

British police named him and his accomplice Rachid Redouane, 30, of Moroccan and Libyan descent, on Monday evening. On Tuesday, they named the third attacker as 22-year-old Italian-Moroccan dual national Youssef Zaghba.

The Pakistani mastermind reportedly convinced the other two terrorists and plotted the attack. He is a resident of Barking from where the police arrested 12 people, one of whom was set free after interrogation.

Theresa May and the West: A day late and a dollar short

Sensing the public perception against her, Theresa May in her statement just a few days before the elections said that “far too much tolerance of extremism” exists in the UK and, promised to step up the fight against Islamist terrorism saying “enough is enough”.

Britain’s home secretary, Amber Rudd, said that the government was confident the attackers were “radical Islamist terrorists.” Speaking on ITV television, Ms. Rudd said, “As the prime minister said, we are confident about the fact that they were radical Islamist terrorists, the way they were inspired, and we need to find out more about where this radicalization came from.”

After the attack, Theresa May led an emergency meeting of her security cabinet. As per NY Times, in a statement afterward, she said the government would intensify its counter-terrorism efforts to deal with Islamist radicalism at home and to try to restrict “the safe spaces it needs to breed,” both on the internet and in British communities. She said that the government might extend the duration of custodial sentences for terrorism suspects, but that more needed to be done in binding communities together to combat what she called “a perversion of Islam,” adding, “There is, to be frank, far too much tolerance of extremism in our country.”

Mrs. May also called for a global effort to “regulate cyberspace,” something that is likely to prove difficult, and said the London attack was not connected to the suicide bombing at a pop concert in Manchester, England, last month that killed 22 people.

Anjem Choudary: A case in point of Britain’s soft stance

A good example of the issue is the case of Anjem Choudary, who spent nearly two decades preaching jihad and radicalizing youths. While some of his organizations were banned, Choudary, a lawyer, managed to avoid breaking the law while being credited with helping to recruit hundreds of British Muslims to fight for Al Qaeda and the Islamic State.

Choudary was convicted in 2016 of inviting support for a terrorist organization after a film emerged of him pledging allegiance to the Islamic State’s self-styled caliphate. He was sentenced to five years and six months in prison.

Ash Siddique, secretary of Barking’s largest Mosque Al-Madina said, “I feel some Muslim communities have failed. We have stuck our head in the sand,” he says. The community, he says, needs to acknowledge that there are young Muslims who suffer the same “ills” as other sections of society: drugs, sex outside of marriage and crime. “We judge those youngsters and push them to the boundaries. Who are they going to go to? You have a vulnerable individual whose life isn’t going anywhere, who is then groomed by someone who knows what they need—an arm put round them. They are going to walk to the other end of the earth for [the recruiter].”

Tommy, a 67-year-old retiree who declines to give his last name as he has a lunchtime drink at the local pub, The Barking Dog, laments the boarding-up of the town’s pubs, which have dwindled from 15 to just four in recent years. “They had to close because of the community. It used to be a lovely town, but now there’s too many foreigners,” he says. He says he fears for the future of his children and his grandchildren. He worries about the extremist threat, about his town changing. For Tommy, is there anything left to love about the place he has lived in for more than thirty years? “Not anymore, no.”

Is the assertion by Ash Siddique – that it is usual young people’s issues being exploited by savvy Islamist radicals that is to blame for such terror attacks – true? Not entirely.

A 2016 survey conducted for the Channel 4 documentary, “What British Muslims Really Think” revealed that 4% (more than 100,000 British Muslims) sympathize with suicide bombers and people who commit other terrorist acts. Moreover, only one in three British Muslims (34%) would contact the police if they believed that somebody close to them had become involved with jihadists.

Trevor Phillips, the former head of UK’s Equality and Human Rights Commission, said the findings were “extremely worrying” as they suggested on many issues Muslims were “nation within a nation”. He called for a more “muscular approach” to integration, replacing the failed policy of multiculturalism.

“There is no longer any doubt: the mayhem in London Saturday night has raised Islamic terrorism to a new threat level to the Western world. For far too long, Western societies, including in the United States, have tried to rationalize what has now become an avalanche of violent hatred of democratic freedom, basic human rights, and freedom to choose if and how to worship. We have asked if some of this is our fault, if we haven’t listened to the voices of religious extremism, or if we have failed to understand their message. The result in Britain: government officials estimate there are more than 20,000 jihadists living among the population.
Here’s their message: We hate you and want to kill you.”

“My view is that we are no longer facing random acts of terrorism,” says Frank Gaffney, a terror expert who is president of the Washington-based Center for Security Policy. “We have reached a tipping point. This is now an insurgency.”

Frank Gaffney, who has warned of the dangers of Islamic extremism for years, thinks this latest spate of attacks is the natural evolution of years of recruitment among British Muslims by terror cells like ISIS, the Muslim Brotherhood and Al Qaeda.

“The Muslim terrorist population in Britain and Europe no longer feels constrained to live by stealth,” Gaffney says. “They have built an infrastructure, they have put it in place, and now they are moving up to the next level.”

Europe has seen the real face of fanatical Islam for just the last decade or so, and already one can see the collapse of the much-touted multi-cultural model in the Western world. Far-right nationalists are seeing a surge of support across Europe, and there is a rush to clamp down on immigration and shut borders.

The same West likes to lecture and admonish Bharat on tolerance, religious freedom and human rights. Bharat has borne the brunt of Islamist violence & European Christian colonialism for centuries. Today, we live next door to a fanatical Pakistan that is the hub of global Islamic terror, and are also dealing with the problem of 20 million illegal Bangladeshi immigrants. Yet, we have been able to maintain a diverse, pluralistic, genuinely multi-cultural society.

Yet, many in the West do not see Bharat as a victim of Islamic terror and go to the extent of claiming that the biggest danger to Bharat is from Hindu nationalism, the one ideology which has helped to keep jihadis in check! This is in part due to the colonial view of Hindu Dharma as an inferior religion (paganism) and culture.

The West has always taken Bharat for granted, and Bharat’s own ineffective geopolitical positioning is also to blame. As the West wakes up to the threat Islamism poses to its way of life, some in Bharat might expect that the West will become natural partners against a common enemy. But that would be a mistake. Western powers are only interested in safe-guarding their own borders and national interests against Islamist terror – if in the bargain, that requires turning a blind eye to Pakistan-based jihadis waging a war against Bharat, so be it. Most of Bharat’s elites are Westophiles  and/or Hinduphobes – hence they will peddle the narrative of a ‘global fight against terror’, even if Bharat’s interests are deprioritized in such an initiative. We must break free of the shackles imposed by such slavish thinking and drive a hard-nosed bargain with the West in return for our support in their fight against  Islamism.

For starters, PM Modi would do well to call the foremost global threat what it really is – “Islamist terror” – rather than use mealy-mouthed and vague references like “Terrorism is a major threat to humanity.” Also, we need to call out Pakistan clearly as the global hub of Islamist terror – declaring Pakistan as a state sponsor of terrorism is the first step if we expect the rest of the world to take us seriously on that.