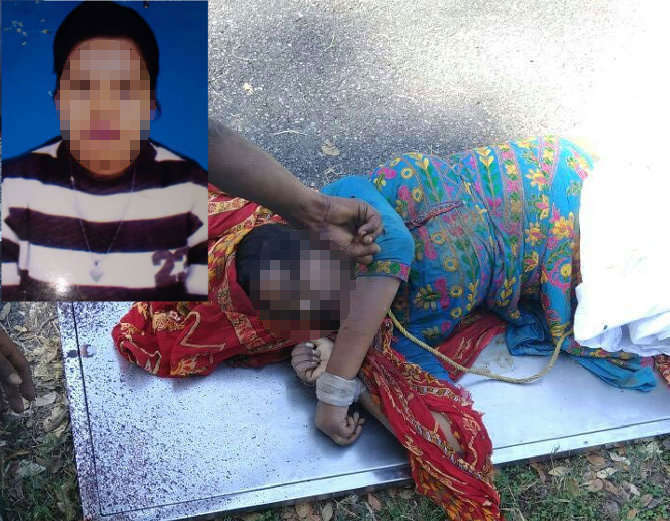 In another disturbing case of Love Jihad, a Hindu woman was gang-raped and then murdered by her husband and in-laws after she refused to convert to Islam post her marriage with a Muslim man.

The girl, Kiran Kumari (22), daughter of Pardeshi Karmali from Bhurkunda in district Ramgarh, Jharkhand, had disappeared from the private nursing home she used to work at on 27th October. Various media outlets such as Dainik Jagran have reported that she eloped with Aadil Ansari, son of Asgar Ali, and both went to Ranchi where Ansari started putting pressure on her to convert.

When Kiran Kumari refused, Aadil along with his father, uncle and others slit her throat and threw her body into the Damodar river. Her body was found on 6 November in Balidih police station area, Bokaro district, as per this Dainik Bhaskar report. As Balidih police were not able to identify her, they lodged a murder case against unknown persons and cremated her.

Later, Bhurkunda police traced Kiran’s call records and reached Adil Ansari who was arrested and confessed to the crime. Ansari used to make missed calls to various numbers, and this is how he came in contact with Kiran.

Moreover, Aadil Ansari has told police that his father and uncle gang raped his wife before murdering her after she refused to convert to Islam.

“The dead body of the victim, who had gone missing since November 6th, was recovered with her hands and legs tied, near the bank of river Garna.

The post-mortem confirmed the victim was gang-raped before being murdered. The police acted swiftly after the body’s recovery and arrested the girl’s lover, Adil, who made several revelations during an investigation.

As per the police, the victim married Adil against their parents’ choice last month and the couple reached his uncle’s home in Bokaro. The uncle, in return, informed Adil’s father and called him at his place.

The couple, then were told by the father-uncle that since the girl is of different religion, she has to convert herself to Islam first. However, this demand was immediately turned down by the girl, after which the father offered to drop the duo to a nearest railway station so that they could head to Ranchi and live there.

However, the father-uncle took the couple to a jungle route via Rajabeda Halt where they took turns to rape the girl and later killed her in the bushes. The girl’s lover Adil told the police that while he resisted his father-uncle’s motives, he too was tied by them while they committed the crime.

On the other hand, the victim’s family alleged that Adil’s family misled them for over a month about the whole affair.“

Kiran’s poor family is now pleading for justice. In videos shared by social organization Agniveer, her father, brother and sister can be seen demanding punishment for the accused Adil Ansari and his family.

Agniveer and other Hindu organizations have organized protest marches and candlelight vigils against Love Jihad and to get justice for Kiran Kumari in Jharkhand and other places. 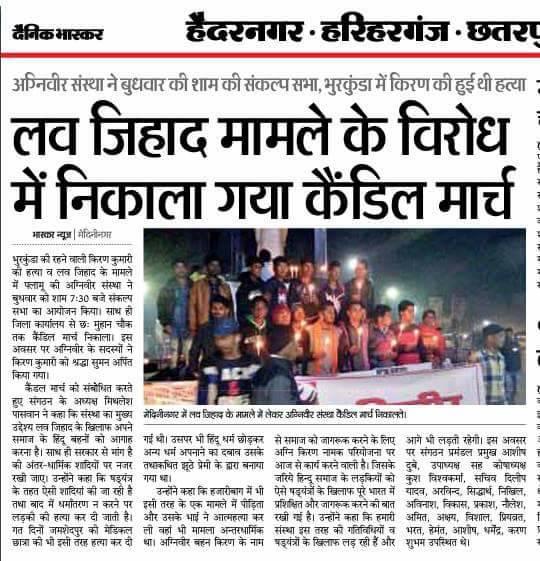