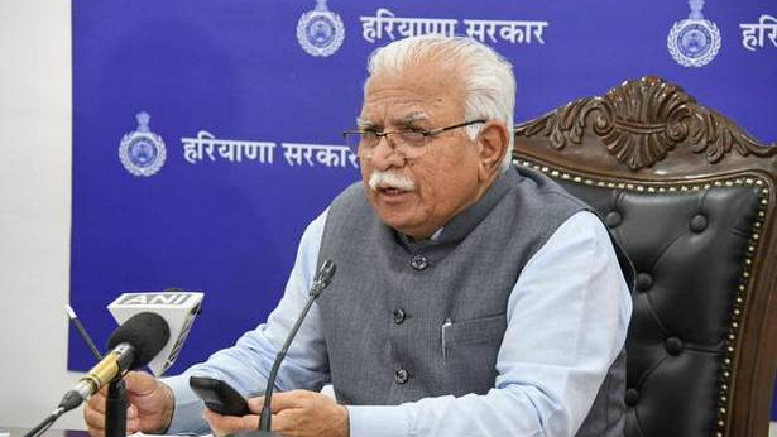 Haryana Chief Minister Manohar Lal Khattar on Sunday announced an allocation of Rs 2,711 crore for development work in all four assembly constituencies of Gurugram district during a ‘Pragati Rally’ here.

He claimed that this is one of the biggest ever allocations for the development of Gurugram passed by the government during the BJP’s rule.

He also inaugurated a Government Women’s College built at Rs 14.5 crore in Sector-52.

He said that the state government believes in making the youth self-reliant by providing employment opportunities to them.

During the rally, Khattar also took a dig at Aam Aadmi Party’s(AAP) Kurukshetra rally on Sunday and without taking AAP national convenor Arvind Kejriwal’s name, he said a leader is misleading innocent people of the state in the name of free education and electricity.

“This is the reason we are working on stand-up policy, but some leaders are trying to mislead the public with their ‘sitdown policy’ and promising freebies for them. This policy is very hazardous and people now understand the disadvantages of this policy as nothing has been given to the people of Delhi and now Punjab,” Khattar said.

“The Haryana government have started several skill development program so that one can do a job and even start their own business. If someone is capable physically and mentally one should work to achieve his goal rather than sit and look for free things,” he said

Khattar said the AAP has luckily won the Punjab election but the people of Punjab will soon face the truth.

He said that in the next 6 months, a global city will be built in Gurugram on 1,008 acres, which will be the “biggest global city”.

Shocking tale of police apathy towards a Love Jihad victim