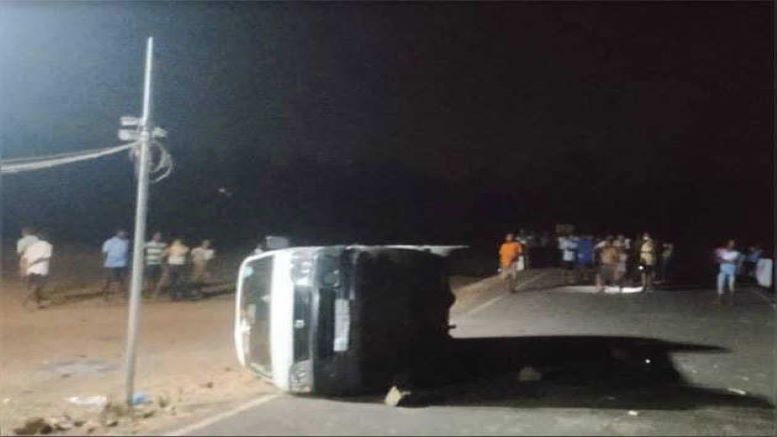 Kharghar police have taken suo-moto cognisance and registered a case against a woman for allegedly posting ‘objectionable content’ on her Facebook (FB) profile against the Maharashtra government reports Maharashtra Times.

At a time when the political environment has heated up after the death of two Hindu sadhus and their driver in Palghar, a Kharghar resident posted a video related to the mob lynching and added comments that the Maharashtra administration considered ‘offensive’ with the potential to ‘create rift between two communities’. Citing this reason Kharghar police has registered a case against the woman.

In Palghar district’s Gadchinchle village, a mob lynched the three men to death. Several political parties and organisations have asked for a detailed probe into the incident, raising valid concerns that since the area is a hotbed of radical communist and missionary organisations, the brutal lynching of two sadhus, one of whom was 70-years-old, could be part of a deep-rooted conspiracy.

But the administration has side-stepped these appeals, and chosen to focus on countering random social media voices that falsely claimed a Muslim name (Shoaib) could be heard in the lynching video. “The police arrested 101 people in connection with the incident within eight hours after it took place. They had run into neighbouring jungles, but were caught by police. There is no Muslim brother among these 101 people,” Maharashtra Home Minister Anil Deshmukh said.

Trupti Jaywant Desai, a resident of Kharghar, shared the video on her FB account demanding answers from the state government. In her post Trupti Desai has demanded answers from the Uddhav Thackeray-led Maharashtra coalition government stating how come Hindu saints are being targeted in Maharashtra which is known as ‘Santbhoomi’ (land of saints/sadhus) and that too despite the presence of police officials. She has further stated we don’t want Maharashtra to be another Pakistan, a country known for its vicious persecution of Hindus and other minorities.

But some critics commented on her post that it ‘creates animosity among two communities’. This was enough for the Navi Mumbai police cyber cell to spring into action with unnatural speed and set out to look for the woman. It has come to light that Trupti Desai is an insurance agent who resides in Kharghar. Kharghar police have registered a case against the woman under the IT Act and several other sections of the penal code.

Based on what media has reported about the Facebook post, we fail to understand what was so objectionable about it that it required suo-motu cognisance by the police? Is stating the truth about  Pakistan now considered offensive to Bharatiya Muslims? Secular governments, which keep preaching freedom of speech to all and sundry, never let go of opportunities to target Hindus for raising questions, no matter how legitimate those questions might be. Maharashtra’s secular government is no different. However, Legal Rights Observatory (LRO), a legal rights organisation, has come forward to support the woman, who prima facie appears to be the victim of a political with-hunt by the Navi Mumbai Police.

LRO has requested those who know the woman to help LRO reach out to her. We at Hindupost also appeal readers to support LRO in this initiative and get in touch with them with any information about the accused Hindu woman.