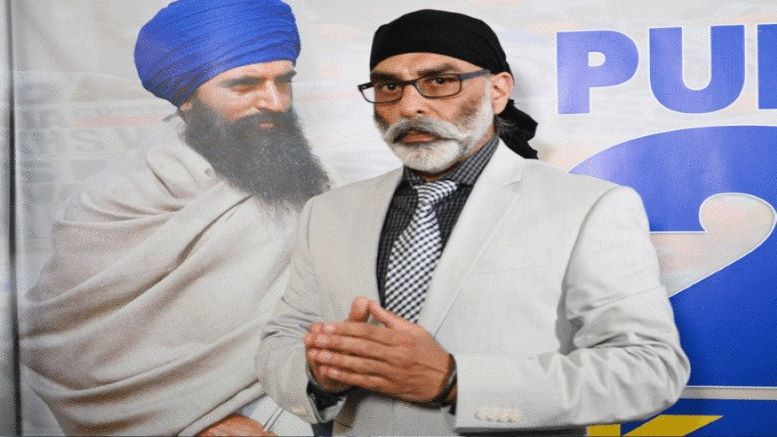 Reporting on the development, OpIndia says:

In a video statement, the banned Khalistani terror outfit Sikhs For Justice (SFJ) chief and designated terrorist, Gurpatwant Singh Pannu, came out in defence of Jammu and Kashmir Liberation Front chief Yasin Malik, who was sentenced to life imprisonment in a terror funding case. The Khalistani terrorist incited Kashmiri people saying that the Supreme Court of India is always biased against the minority Muslims.

Calling Yasin Malik an “iconic freedom fighter of Indian-occupied Kashmir”, Pannu said the pro-Pakistan terrorist did not believe in the Indian Constitution. “Funding separatism is not terrorism”, said the Khalistani terrorist as he accused the Indian government of committing crimes against the minority community.

Gurpatwant Pannu also asked the Kashmiri people to come out in support of Yasin Malik and block the Amarnath Yatra to highlight the Kashmir independence movement internationally.

“This is my call to Kashmir freedom fighters, come out to support Yasin Malik and block Amarnath Yatra. This will highlight the Kashmir Independent movement internationally. We (SFJ) will support your blocking of Amarnath Yatra,” Pannu is heard saying in the provocative video.

Pannu also claimed that the Sikh community, especially the pro-Khalistan Sikhs, would support the blocking of the Amarnath Yatra. He also warned the Kashmiri Hindus to stay out of the issue as it is the issue between Kashmiri Muslims and India.

The annual Amarnath yatra is scheduled to start on June 30 and is expected to go on till August 11.