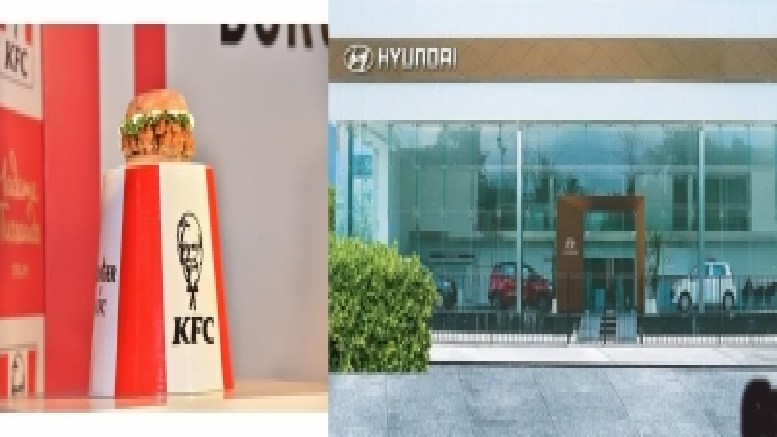 Bharatiyas are calling for a boycott of KFC, the popular fast-food chain with branches across the globe. The reason for the social media boycott, which is trending in Bharat under the hashtag #BoycottKFC, is a post shared by the eatery’s Pakistan handle last year.

“We stand together this Kashmir Solidarity Day, to realise their right to freedom,” KFC PAK wrote. Making things worse, a picture of snowy mountains with overlaying text: Their cravings for freedom are heartfelt, was shared. The word Kashmir is marked with a barbed wire, signifying Kashmir is not free, the report said.

As the screenshot of last year’s tweet by KFC Pakistan on Kashmir went viral, many Bharatiyas took to Twitter to express their dismay. Hundreds and thousands of users have called out the propaganda against Bharat on the sensitive issue of Kashmir. Netizens are already pledging never to eat again at a KFC joint, IB Times reported.

The social media post, which triggered this controversy, remains active on all of KFC Pakistan’s social media channels. KFC India, however, has issued an apology for the controversial post from its Pak handles, the report said.

Korean car maker Hyundai Motor India found itself on a sticky road with its statement that many Bharatiyas consider as insufficient and skirting over the issue of whether Kashmir is an integral part of Bharat. On Twitter the handles Boycott Hyundai” and ‘Boycott Kia’ started trending.

Pakistan declared a holiday on February 5 to express solidarity with terrorists and Kashmiri separatists operating from Indian soil. On February 5, Hyundai Pakistan as well as a dealer of Kia Motors in Pakistan shared posts on social media extending support to the Pakistan-sponsored violence in Kashmir under the garb of ‘solidarity’ which is being celebrated as ‘Kashmir Solidarity Day’ every year on 5th February every year, the report said.