Be the judge for yourself. Please see below the pictures that we have received.

This land purportedly belongs to the Corporation of Chennai on Besant Nagar Beach, Chennai, Tamil Nadu, Bharat. The Church is a tiny structure as one can see, marked on the image by Google. Note that there is a Pentecostal Mission building marked as located on the 2nd Street on the map. Then see the state of the 2nd Street in the next picture. How an entire hilltop belonging to a Ganesha temple and Shiva temple is being swallowed by illegal occupation by the Christian Catholic Church. This is Acharapakkam Hill.

In the year 2002 (wayback as well it was an illegal land grab) — one can see dense green forest cover to the west. In the year 2014 — the structures on the east have exponentially expanded in spread, with forest green on the west cleared to build structures. This hilltop was lush and green when under the temple to which it belongs: 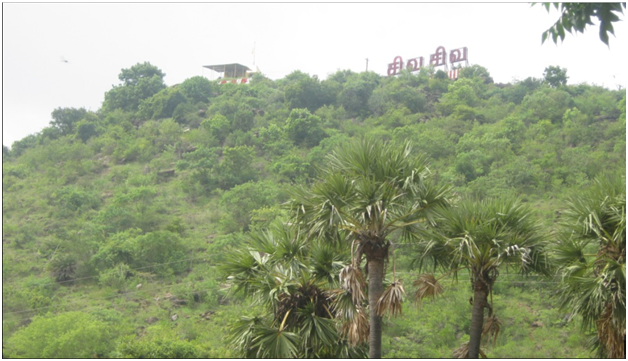 The Catholic Church reportedly owns the largest portion of Bharat’s non-agricultural land. If one adds the land holdings of the Protestant & other Christian sects, the figure would be truly staggering. Most of these land tracts were allotted to various churches by the British colonials after the land was usurped from natives. Why this colonial era loot was not corrected at the time of Independence is baffling…the Anglophilic nature of our first PM Nehru, probably had a lot to do with this.

But under the skewed notion of secularism prevalent in the nation today, the Church has grown ever more brazen and continues with its old strategy of stealthy expansionism, and victimhood when caught.