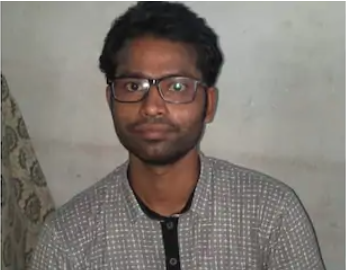 A Bangladeshi named Zaidul Islam Munna was recently arrested from Thirunavaya in Malappuram district of North Kerala. He had infiltrated into Bharat in 2013 via our porous border with Bangladesh through Satkhira, without a passport.

Once in Bharat, he headed for Bengaluru and from there reached Attibele, where he worked at a textile factory. He deceived the owners by mentioning that he was from West Bengal and hid the fact that he was actually a Bangladeshi. Having worked there for 40 days, he went to Tiruppur, Tamil Nadu, and ended up in Malappuram. He joined another textile factory at Malappuram. After working for 6 months, he returned back to Tiruppur. He paid Rs.1500/- and acquired a false Aadhaar card by faking a West Bengal address. He then used this new identity card to procure a couple of SIM cards.

He went back to Malappuram in 2019 and was working at the same textile factory since then, having rented a house near Chembikkal near Thirunavaya. He even travelled back to Bangladesh, got married and came back. His wife stayed back in Bangladesh. He has now been detained following a tipoff received by the local police and has been booked under the Passports Act. Who helped him in beating the system for so long?

Intelligence sources say radical Muslims in Kerala & other parts of south Bharat, spurred by their twisted ideology, are helping Bangladeshis and Rohingyas settle down. Kerala-based Islamist quasi-terror organisation PFI and its spin-offs like SDPI, CFI lay a leading role in sheltering Bangladeshis, many of whom take to crime given their anonymity and illegal cover identities.

Most come as laborers attracted by the high daily rate for helpers and earn between Rs. 650 to 800 for a day’s work. Some of them rob, murder and rape before escaping back to their own country. Agents bring them to Kerala where they end up in Muslim pockets, with locals helping with accommodation and employment. They are deliberately advised against carrying ID cards or passports.

Towards the end of 2019 an elderly couple, AP Cheriyan and his wife Lillykutty Cheriyan, were found murdered near Venmony in Alappuzha district of Kerala. Two Bangladeshi men, Labilu and Jewel were arrested by the Vizag police in Andhra Pradesh for the murder.

The criminals had reached Venmony through a local labour contractor. The elderly couple had hired them to pluck coconuts and for cleaning their premises. The murderers killed the couple using simple agricultural tools and decamped with gold ornaments and cash. They then went to Chennai and boarded a train headed for Howrah. The plan was to sneak back into Bangladesh, just like they had exited their home country.

In January, a criminal gang leader named Manik Master gave local police the slip when he was being transferred to another jail in Kerala. Manik, a serial offender, and his gang used to rob homes wearing masks and assault the house owners. After each robbery, they would escape to Delhi and return back for such operations. He is a resident of Indurkani in Barisal district of Bangladesh.

The police had virtually stumbled upon these illegals when they were updating the migrant workers data as part of the Covid-19 protocol. How many such factories still employ such illegals is a mystery. Greed on the part of locals plays an important part. Such employers end up paying next to nothing to such labourers and fear makes such labour toil on without complaining.

Corrupt elements in the police department, local political leaders, agents who bring them from Bangladesh, the support staff who help them with legal paper-work and those who employ them despite knowing their true background – all are complicit in providing a safe haven for such criminals. All of them work like a syndicate to provide illegal immigrants the confidence to enter Bharat, wreak havoc and go back unnoticed to their home country. If this entire mafia is not crushed and the leak at the border not plugged effectively and immediately, the reverberations will be felt far away across the country.