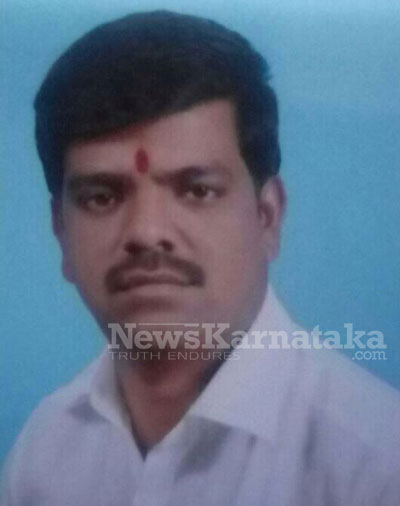 A Hindu activist, Kyathemaranahalli Raju (37), who also happened to be a BJP leader, was brutally hacked to death in Mysuru on Sunday. It is said that Raju was standing near a tea stall at Udayagiri extension when a gang of four to five attacked him with lethal weapons.

Raju had stopped the illegal construction of a masjid in Kyatamaranahalli and was the main driving force behind building a Ganesh temple. He had united and organised the Hindus of Udayagiri, NR Mohalla and Kytharamanahalli, which is said to have led to his murder.

When the body was shifted to K R Hospital, angry locals staged a stir against police inaction. The enraged mob got into an alercation with Police Commissioner Dayananda B and alleged that the leader was not given police security despite being under threat.

The Mysuru unit of BJP has called for a bundh today, March 14. They have said that the students appearing for PUC examination and essential services will not be affected by the same as they would stage a peaceful protest.

V lost Raju, who stopped the illegal construction of a masjid in Kyatamaranahalli (Mysuru) in a day light murder. pic.twitter.com/K2lJXBSmFa

This modus operandi of hacking political opponents was thus far restricted to Kerala-Kar border, but is now shifting to central Karnataka.

The Congress government in Karnataka has been accused of encouraging extremist Islamist elements. Last year, the Congress  Government had celebrated fanatical ruler Tipu Sultan’s birth anniversary on 10 November (during the Diwali festival), whereas the birthday actually falls on November 20. November 10 is the day on which Tipu Sultan hanged 700 Iyengars in Melkote. As a result, the Melkote Iyengars do not celebrate Diwali even today. By cruel irony, that is the day the Karnataka government decided to celebrate its supposedly secular hero.

It’s difficult to imagine that the state government was unaware that entire communities within and outside the state bore a deep resentment towards Tipu Sultan. It’s not just the Melkote Iyengars, it’s the Coorgs, who he killed and converted, it’s the Mangalorean Catholics, whose churches he destroyed, and the Nairs of Wyanad and Malabar, who he tried to exterminate. Evidence for this comes from Tipu’s own letters and diaries. Instead, Chief Minister Siddaramaiah casually dismissed history by saying that the protests were by “communal forces”.

When Hindus protested the celebrations in Madkieri town, 67-year-old VHP activist D S Kutappa was killed in the ensuing clashes and stone throwing.

Will National Media Suppress This Too?

Murders of Hindu socio-political activists are on the rise over the last few years – in UP, Kerala, Tamil Nadu, Bihar, Gujarat etc. The frequency of attacks has intensified since Narendra Modi was elected to power in May 2014. But if one were to read only English newspapers like Times of India or Indian Express, or follow our national news TV channels, none of these brutal murders got even a fraction of the coverage that Mohammed Akhlaq’s murder in Dadri or the hysteria that “Church Attacks” & “Rising Intolerance” agendas generated.

For national media, Prashant Poojary, PV Sujith, Ajay Kumar Mahaur,  AV Biju, Vijay Pandit, E Manoj, V Ramesh and many others like them are children of a lesser God. It appears that even the faintest association with RSS, BJP or any Hindu cause makes a murder ‘political’ in nature, and hence not worthy enough to concern our liberal-secular media and civil society activists.

Looks like English media completely banished murder of a BJP worker in Mysore from news. Seeing it in Kannada papers https://t.co/BYhA0WE6B1

Time for the PM to Speak Up

The last one year has seen many calls by celebrity journalists, erudite lawyers, academics and opposition politicians that PM Modi should speak up to assuage concerns over ‘rising intolerance’ that is threatening minorities. Few stray incidents of vandalism in Churches, a murder in lawless UP ruled by ‘secular’ Samajwadis, and well-orchestrated ‘protests’ in University campuses (FTII, IIT Chennai, UoH, JNU) were used to build a narrative that Hindu fanatics are running wild and PM Modi needs to ‘reign them in’. Sadly, the PM too fell for this propaganda and the Government machinery was forced to give special attention to the fabricated concerns raised by the upper echelons of our society.

Now PM Modi needs to address the concerns of millions of Hindus who are seeing any voice that asserts a Hindu point of view being brutally silenced. This writer articulates the sentiment we all feel-

The PM, to the disappointment of the millions of Hindutva adherents who constitute the core vote of the party, has not offered any solace, any personal words of comfort or security to the Hindus in many parts of India who face every-day, existential threats of religious violence. But the “secular” cabal expects the PM to apologize on behalf of all Hindus for the rare and isolated instance of ‘Hindu intolerance’.

Those who are expecting the PM to forcefully silence the fears and apprehensions of subaltern Hindus, who are unable to articulate their anguish against the betrayal of their idea of India with anything other than unsophisticated, rustic and provocative vocabulary, have double standards.

If the PM could rush to assure Xtians over fake church attacks,shouldn’t he visit at least 1 of the countless BJP workers getting killed?