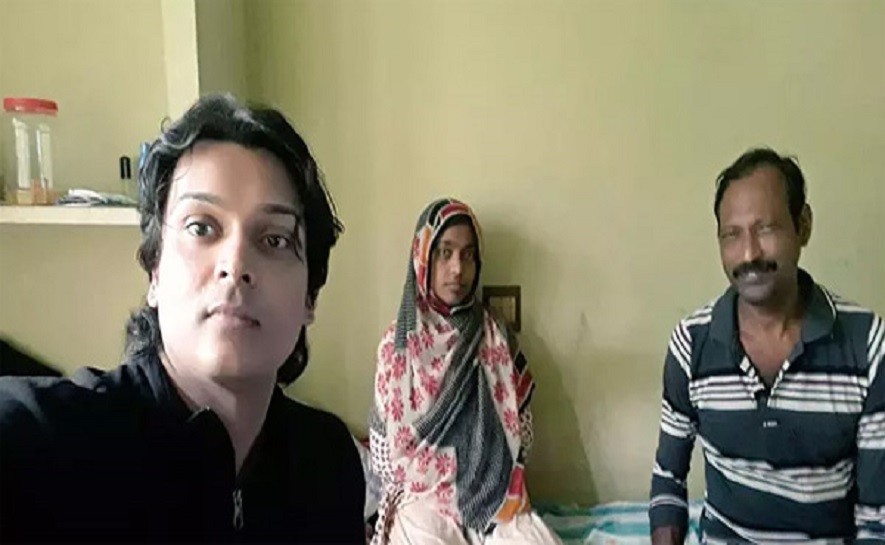 Ashokan, father of the Love Jihad victim Akhila says that ‘Hindu activist’ Rahul Easwar has betrayed him and his family by shooting and releasing an un-authorized video of his daughter. Ashokan also says that Rahul might be a tool in the hands of Islamist fundamentalist outfits in Kerala.

Ashokan, whose daughter Akhila had converted to Islam after a fraudulent marriage with a PFI activist, approached the court to save his daughter whom he believed would be taken to Syria like many other girls in Kerala. The HC had sent her back to her father’s house after annulling the marriage. The court had also asked the National Investigation Agency (NIA) to probe allegations that it was a case of Love Jihad.

Ashokan’s allegation is that Rahul Easwar approached his house, which is under Police protection, as a Hindu activist interested in helping the family.  Ashokan, who is an ex service man, allowed Rahul to interview the girl who had not yet recovered from a sustained brainwashing process at a notorious Conversion complex run by the Islamists.

Experts say that the Girl was showing the classic symptoms of ‘Stockholm Syndrome’ where the victim identifies with the kidnapper after long periods of dominance. She made some statements against her father and sided with the Islamists. Rahul promptly recorded all this and left.

“He has cheated us…..Being the grandson of Sabariamala thantri (main priest) we gave him some consideration and allowed him to visit us. But we never thought he will become a tool in the hands of fundamentalist outfits” Ashokan later said.

What is intriguing is that Rahul waited for months before releasing the video to the public. The present mental condition of the girl is not known and yet the video conveys the impression that the girl is still under the influence of the Islamists.

Many other girls, like Athira (see Pic), trapped and converted by Islamists in Kerala have recovered after prolonged counseling and even exposed the Islamist conversion machinery in the state. Rahul has not allowed this to happen to Akhila and instead used a video that he had shot without permission of the victim’s father to reinforce an Islamist narrative.

This video is today fodder for the Islamist propaganda machine in Kerala and is aired regularly by their supporter TV channels to establish that there is no ‘Love jihad’ in Kerala. NDTV has also run Rahul’s video to strengthen this narrative.