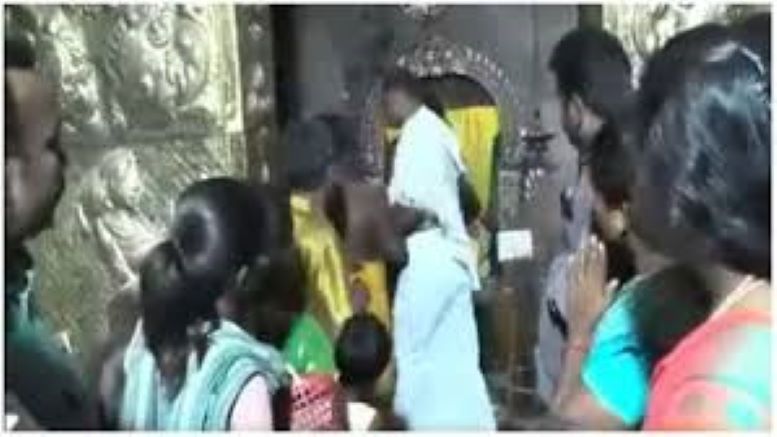 A shocking incident of a DMK functionary assaulting a temple priest has come to light through social media. The video of a man attacking someone performing priestly duties in a temple went viral on social media two days ago. Later it came to light that the person who carried out the attack was Lenin, a DMK functionary and husband of DMK councilor Baby from Thuraiyur, Trichy.

The man is also the son of a Marxist Communist party functionary Kasirajan who happens to be the managing trustee of Angala Prameshwari temple located in Thuraiyur where the incident took place. The temple is under the management of HRCE.

Initial reports revealed that Lenin attacked Om Prakash, the priest who is associated with Hindu Munnani, an organization spearheading Hindu causes. It is alleged that there is a dispute regarding changing the duties of persons who perform the priestly duties and daily affairs of the temple.

Lenin and his gang are alleged to have locked the temple two months back over this dispute. Om Prakash is also said to have put a lock and opened it 2 days back to perform pujas on Amavasya day of the Tamil month of Purattasi which is a special occasion.

It is also alleged that Lenin tried to usurp the temple properties which was contested by Om Prakash. Some vernacular media reports suggest that Lenin is also a priest and there is a dispute between him and Om Prakash on who gets to do the priestly duties.

It is said that Om Prakash approached the courts in this regard and the court ruled in his favor granting him the right to perform pujas in the temple. A judgment copy of Trichy sessions court available online suggests that Kasirajan and Lenin have indulged in thuggery earlier as well. The father, son duo filed a writ petition for anticipatory bail which was granted citing Covid-19 situation on September 1st. As per the order the incident took place on 16.8.2020. 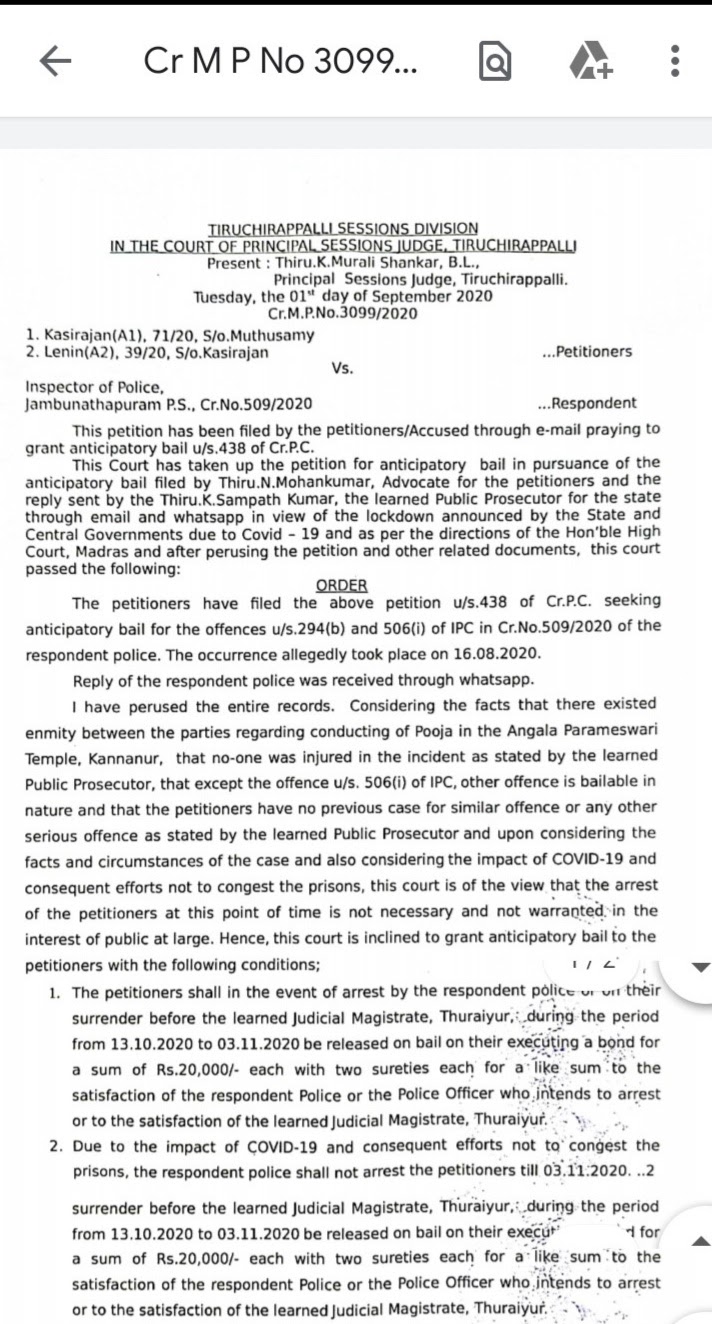 Media reports suggest that the temple was closed for 2 months and the latest incident happened when Om Prakash opened the temple for pujas. This suggests that the violence recurred as Lenin is said to have opposed Om Prakash’s right to perform puja.

While the names appear to be of Christian nature and messages spread on social media paint a picture of Christians attacking Brahmins, it may not be the truth as those who are affiliated with the political parties are known to name their children after Lenin, Marx, Stalin, etc despite being Hindus. Similarly Baby is also a widely used nickname in TN. However, it does bring out the nature of Dravidian political parties, especially DMK when it comes to temple affairs.

Recently it came to light that even in popular temples like Sri Rangam Ranganathar temple, Mylapore Kapaleshwarar temple, and Tiruchendur  Subramanya Swami temple executive officers are appointed without any legal authority. T.Ramesh, president of Indic Collective, an organization working towards reclaiming temple administration, has filed a PIL (Public Interest Litigation) in the Madras High Court claiming ‘the presence of Executive Officers in as many as 60 popular temples in the State is illegal since they had not been appointed in accordance with law’.

It also came to light that in as many as 19,000 temples trustees haven’t been appointed for many years, enabling HRCE and its officers to poke their nose in the ritualistic affairs of temples and loot temple properties. It is to be remembered that another petition has been filed on the illegality of tapping temple money to buy cars for the minister and sponsor food supply for HRCE meetings.

The court has directed the state government to file a detailed reply in both cases and went on to remind the state that ‘eyeing temple wealth is a great sin’ (Sivan sothu kula nasam as said in Tamil). However, the Dravidian parties continue to squander temple wealth in the name of administration and interfere in temple affairs like the above incident without any legal or religious standing.