Did you know about the Makrana rape & blackmail gang which drove a girl to attempt suicide? 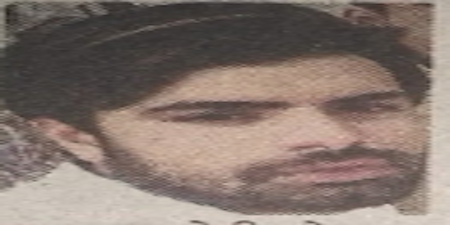 A 22 years old girl, daughter of a marble trader, cut her wrists in July after a Muslim man, Muhammad Shahid Gesawat, released her rape video online because she didn’t pay him ₹7 lakhs. Shahid Gesawat, along with seven of his friends, had been blackmailing the victim for one and a half years, extorting  thousands of Rupees out of her.

The girl was saved and on 24 July she filed an FIR in Makrana police station, Nagaur district, Rajasthan against the gang of eight (including one woman) for rape, conspiracy, abetment of suicide, and violation of IT Act. About one and a half years ago, Shahid Gesawat befriended the victim and invited her to attend a marriage where he mixed sedative in her food. While she was unconscious, he raped her and recorded the act. Then he started blackmailing her using the video and continued exploiting her sexually.

Besides the above six male accomplices, one female accomplice also started blackmailing the victim over phone to extort money from her. The trauma of the victim grew deeper when the eight accused began to blackmail her family members as well, demanding ₹ 7 lakhs to delete the video.

They would call & abuse her in an inebriated state. When the victim and her family failed to pay the ransom money, the accused uploaded the video on the internet. Unable to deal with the mental agony, the victim cut her wrists.

As per last reports, main accused Muhammad Shahid Gesawat and his accomplice Arif Gehlot have been arrested.

This news, which was reported two months ago by local newspapers, sunk without a trace in ‘national’ media. Scores of such cases go unreported every week in English-language media.