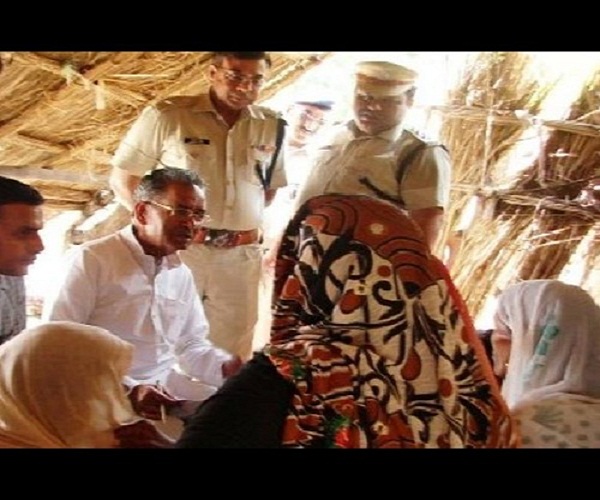 Hindi media and local news magazines (Amar ujala, Dainik Bhaskar , Mhara Desh Mhari Maati), reported the news of a Dalit girl abducted in Mewat (Nuh), Haryana on 1st September 2016, but the news seems missing from English media portals and channels. Member of Haryana ST / SC commission, Ishwar Singh, met the family of the Dalit victim in mid September on an official visit to Mewat meant for listening to the problems of Dalit (Valmiki) families residing in the region.

Mewat (renamed as Nuh) district in Haryana has 80% Muslim population and the Muslims living here are ethnically called ‘Mev’ or ‘Meo’. The Meo region extends geographically to Alwar in Rajasthan and Mathura in UP. The official Nuh district has a little less than 1% Dalit (SC) population. Many SC families have been compelled to leave this region.

As per this news report from Dainik Bhaskar , the state SC / ST commission member Ishwar Singh has stated that Dalit families living in the village of Neemkhera in Mewat have sent their young daughters to other safe places after the abduction of young Dalit girl on September 1.

The news has been reported in detail in a local magazine ‘Mhara Desh Mhari Maati’ : 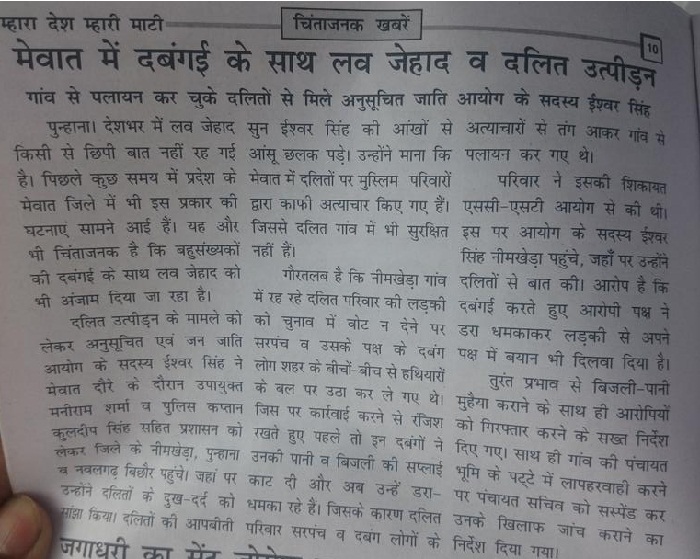 The above clip mentions that this Dalit girl was picked by the Sarpanch & his men who were carrying weapons, from middle of the town for not voting for them in the local election. The SC / ST officials clearly say that Muslim majority has oppressed the Hindu Dalit families in this region. Then those people cut the power and water supply to that Dalit household and finally threatened them. Some Dalit families had left the village because of harassment by Muslim majority. The victim’s family also accused the Sarpanch and his men of forcing the victim to give a false statement in their favour. The magazine also reported the overall grim situation regarding the treatment of Hindu families, specifically Dalits, in Mewat : 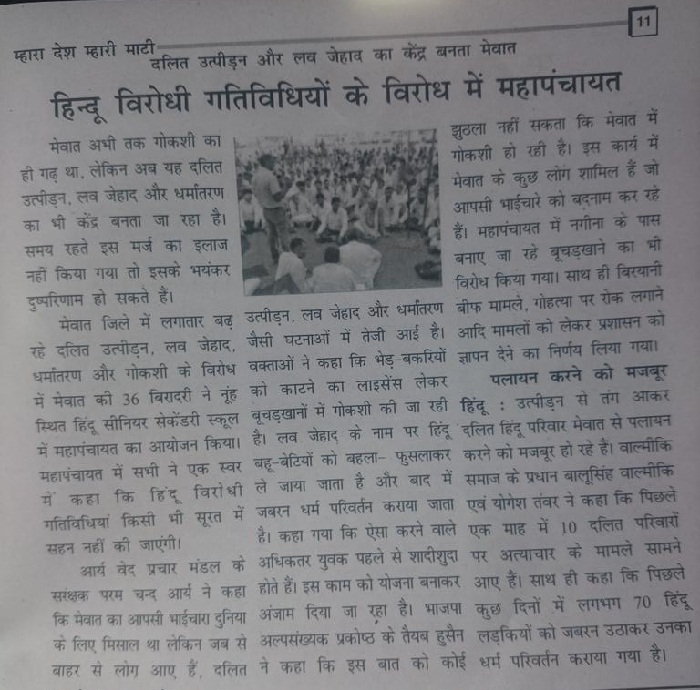 The heads of Dalit community in Mewat, Balusingh Valmiki and Yogesh Tanwar, have reportedly said that 10 Dalit families have been oppressed in previous one month and about 70 Hindu girls have been forcibly picked up and their religion converted.

This news piece from Amar Ujala has mentioned the details of SC / ST member Ishwar Singh’s visit to these Dalit families in Mewat with photographs. Some of the slides from the news : 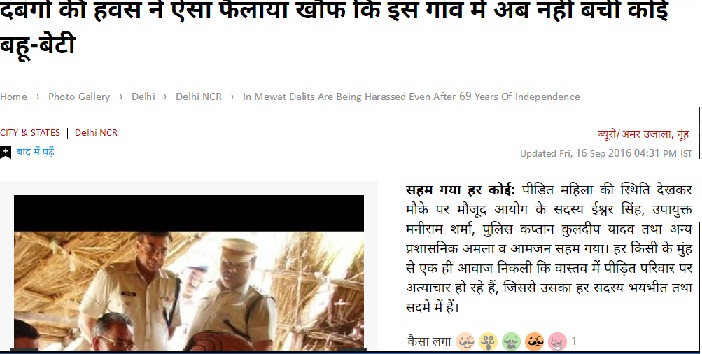 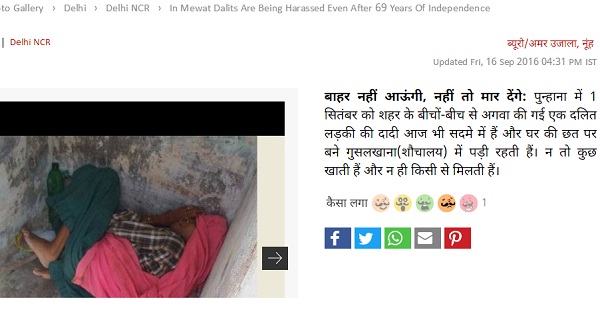 It is surprising that this news did not find a mention in English media portals and channels. With Mewat not too far off from the national capital, it is either a deliberate attempt to suppress such news in view of the ongoing ‘Dalit- Muslim left unity’ narrative, or the mainstream English media does not have the ability to access deep pockets in Muslim majority areas. It is all the more surprising keeping in mind the wide and repeated coverage that English media gave to Muslim victims gang-raped in Mewat just before the above news. While the Muslim family which suffered got compensation quickly, it is unfortunate that the torch-bearers of ‘Ambedkarite’ movement in educational institutions, media and rights activism don’t have the time and willingness to access regions like Mewat which are quickly transforming themselves into communal ghettos.