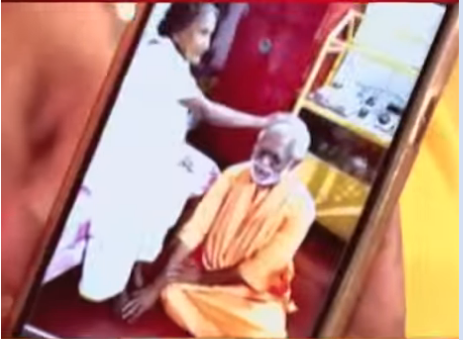 Swami Aseemanand recently broke his silence and gave a full length interview to Hindi TV channel Republic Bharat. The interview is over 35 minutes long, and Swamiji answers all the questions asked of him. Some of what he says was known in the public domain earlier. Here, I am only highlighting some new information that he put forth during the interview. The entire interview can be seen here:

The most disturbing is the reason why he agreed to confess before a judge regarding his involvement in bomb blasts. Swamiji narrates that he came into the radar of the Congress powers (specifically Sonia Gandhi) at least 10 years earlier, when Sonia visited the Dangs tribal area of Gujarat after Swamiji had returned thousands of converted Hindus back to Hindu dharma.

Once he was picked up in 2007 and accused of involvement in bomb blasts, he was put through the customary tortures on his person. He does not dwell into details of what that torture was, but if the descriptions given by Sadhvi Pragya are any indication, they were quite horrible. However, he says that throughout the period of the tortures, he refused to say anything other than the truth: that he was innocent of all charges.

Next, they brought his brother to him, and tortured him in front of the brother. This was more difficult to bear, but Swami Aseemanand bore it stoically.

But the last straw was when they started making arrangements to bring his old mother and (a) torture him in front of her and (b) also threatened to mistreat her. Swami Aseemanand was aware that his mother had been very pained upon hearing of his arrest, and was very advanced in age. The thought of her being used to witness his torture finally broke him. He agreed to confess to whatever the Congress-motivated police asked him to.

The Swami breaks down and cries when he speaks about his mother and her pain, as well as her final relief when he was set free. “Now I can die in peace” his aged mother said when he was finally free.

Is this Bharat’s famed respect for its Sant Samaj? Every Hindu should make a firm conviction that in the future, our Sants will not be tortured in this way for political ends by a crooked political party.