Has the Congress lost it in Kerala? 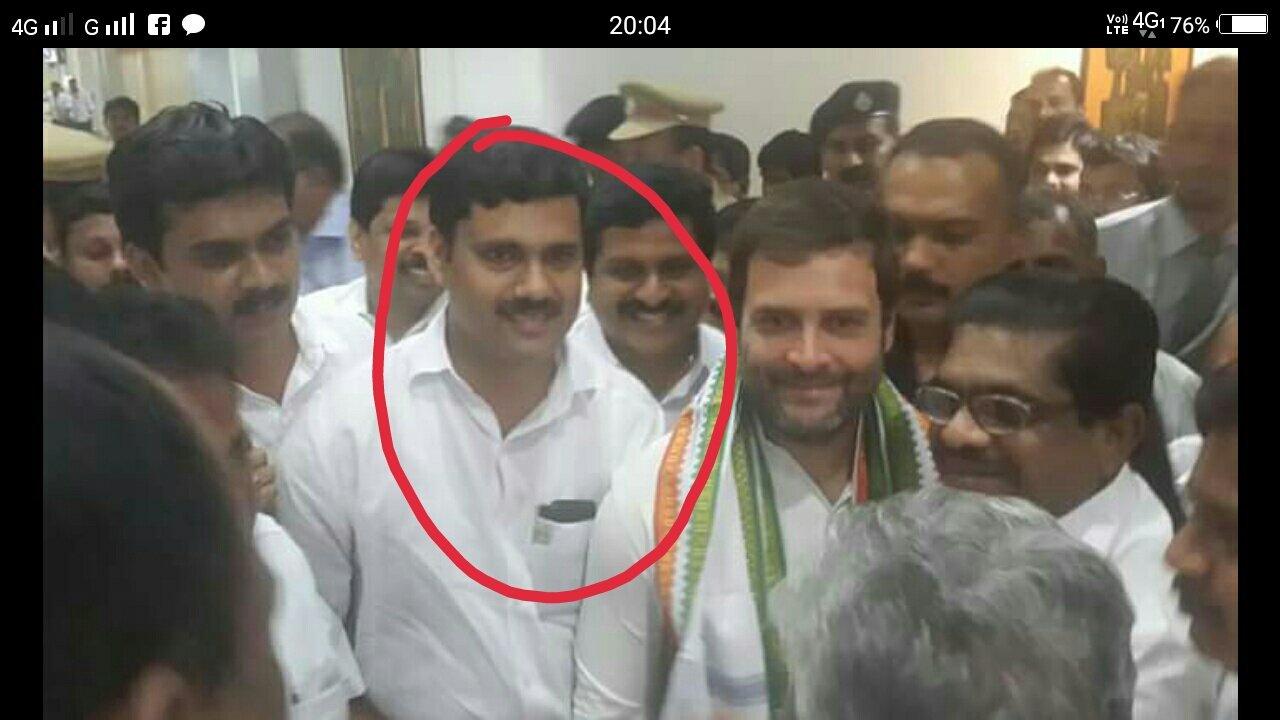 Youth Congress members and several other student bodies on Saturday held a beef festival in protest of the Centre’s decision to ban sale and purchase of cattle for slaughter. In Kannur, Youth Congress leader Rijil Makkutty decided that a mere protest was not enough – he needed to prove his point through a gory public spectacle by slaughtering a calf pinned to the floor of a small truck, amid chants of ‘Youth Congress Zindabad’.

This was not an act of slaughtering an animal for human consumption – it was a vindictive, heartless act borne out of a deep-seated hatred for one man, Narendra Modi, and by extension the Hindus who voted for Modi. The brazen message to those who hold the cow sacred and respect animal life in general was – “This is Kerala, we care a damn for your sensitivities or laws.” 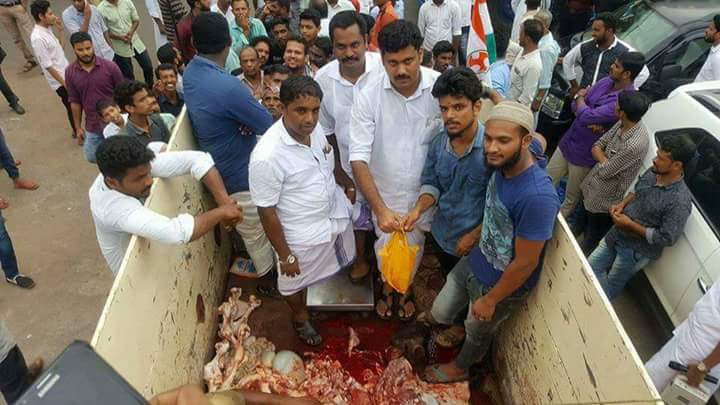 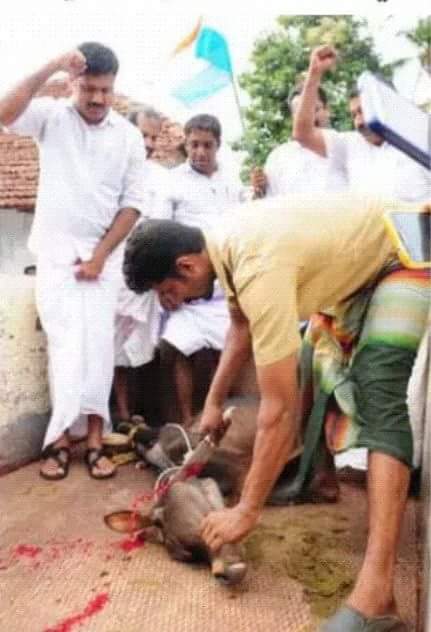 Cricketer Sreesanth was one of many who took to social media to express their pain and anguish at the barbaric act by the Congress worker.

@Kummanam Iam really sad ,hurt ,angry ,mad and disappointed..our state is called Gods own country ..let’s all stand together against this inhumanity

Some twitterati pointed out the irony that a party which once conducted its election campaign by projecting itself as a savior of the cow, is today resorting to public slaughter of the same cow to pander to its electoral constituency.

Not only was calf and cow the election symbol of INC, but also the Beef and slaughter ban in most states was imposed by Indira pic.twitter.com/9qSvzTCkiw

Divya Kumar Soti, a young lawyer & political/security analyst who writes regularly for Dainik Jagran and other publications made some piercing observations in a series of tweets –

The media is doing its best to control the damage for the party that remains the best hope of left-liberal Hindu-haters across Bharat. While English newspapers have largely pushed the news to inside pages, varying reports are referring to the animal slaughtered as ox, bull, buffalo, in a desperate attempt to fudge the fact that a 18-month-old calf was butchered. Congress leader Rijil Makulti remains defiant, telling a television channel, “We don’t regret our act. This was done as part of our protest.”