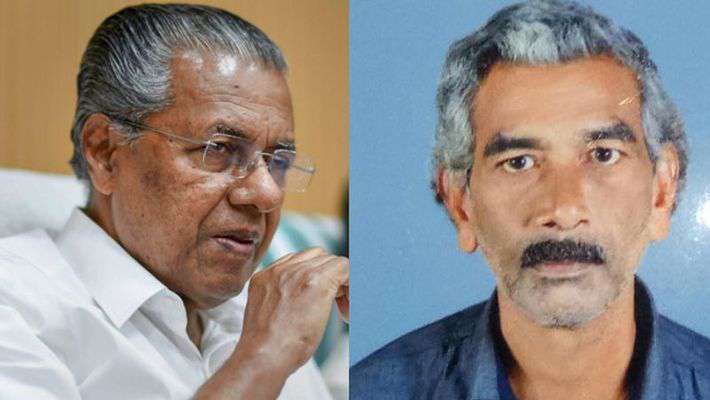 Chandran Unnithan, a 52-year-old Ayyappa devotee, was killed in stone pelting by CPM workers who attacked a rally being taken out by Ayyappa devotees at Pandalam, Kerala on Wedenesday evening. Two CPI(M) cadres have been arrested in relation to his death.

Unnithan was part of the Sabarimala Karma Samithi, an umbrella organisation of groups fighting for preservation of the ancient tradition at Sabarimala temple that was recently overturned by a Supreme Court verdict. A fresh round of protests broke out in the troubled state after two women in their 40s, alleged CPM  members, entered Sabarimala temple under heavy police cover in the wee hours on Wednesday.

The Koorambala native suffered a wound to the head at around 6.30 PM during clashes with CPI(M) and subsequent stone pelting by CPI(M) cadres in Pandalam. He was rushed to a hospital in Pandalam and when his condition worsened he was moved to the Believers Church Medical College hospital in Thiruvalla where he was declared dead at 11 PM.

2 different autopsies conducted that Unnithan died from injuries to the skull and subsequent heavy bleeding. “The cause of death as of preliminary examination is from the skull injuries. Though he was a heart patient, it is the injuries that lead to bleeding and death,” a source in Kottayam Medical College is quoted in this Newsminute report. The death summary given by the Believers Church Medical College states that Chandran was “actively bleeding from right ear, nose and mouth. At 9.50 pm the patient went into cardiac arrest. The patient was declared clinically expired at 10.48 pm.”

However, on Thursday morning, Chief Minister Pinarayi Vijayan told the media, “Unnithan died of cardiac arrest at the Believer’s Church hospital at 11 pm. Cardiac arrest can’t be due to stone pelting.”

The autopsies conducted at two different hospitals show up CM Vijayan’s lie. But covering up for his law-breaking party goons is nothing new for Pinarayi Vijayan – ever since coming to power in 2016, he has overseen several brutal murders of Hindu activists and other acts of lawlessness by his murderous cadre, all the while Kerala Police has been reduced to just another party organ.

Meanwhile, the Congress is playing a double game with the Ayyappa-devotee Hindus of Kerala who are reeling under this sustained attack on their most revered shrine. Congress supremo Sonia Gandhi has directed local party leaders to join the Sabarimala protests in Kerala, but at national level, she doesn’t want her 7 MPs from the state to protest the entry of 10-50 age group women as it goes against the party’s stand on ‘gender equality & women rights’.