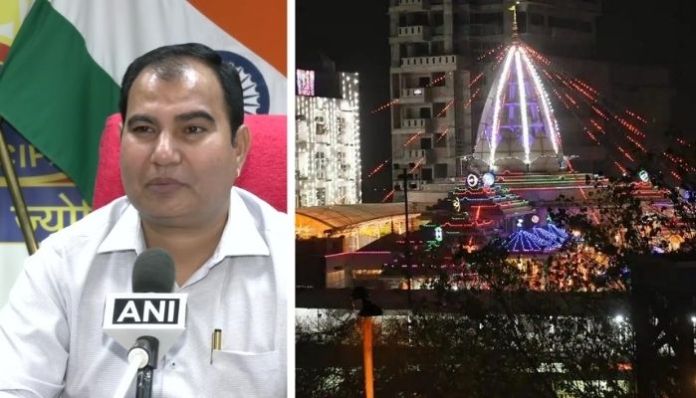 South Delhi Municipal Corporation (SDMC) had recently placed a temporary restriction on the sale of non-vegetarian food during the nine days of Navratri festival.

Predictably, this municipal-level decision triggered a ‘nationwide controversy’ if you are to believe the left-liberal English-language media (ELM) for whom such issues are always newsworthy, whereas pogroms against Hindus in West Bengal or an attack on a temple by a highly-qualified Islamic terrorist are ‘minor’ issues.

So worked up did our ELM get with this one decision that IANS-CVoter decided to conduct a nationwide survey to gauge the public mood! Their finding: “a surprising majority of the respondents seem to support the restrictions imposed on the sale of meat during the duration of the holy festival”.

It is only Westernised elites living in metros who would be ‘surprised’ that a Hindu-majority country instinctively understands that non-vegetarian food is best avoided on Hindu festival days, especially during Navratri when many practicing Hindus observe fasts that are broken with satvik food.

No one denies that a large number of Hindus do consume non-vegetarian food (barring beef), even if only occasionally, but even those non-veg eaters mostly opt for restrictions during religious festivals.

Even some RW thinkers imagine that there is an underlying ‘moral judgement’ or ‘vegetarian supremacism’ behind being vegetarian or things like pure-veg restaurants and restrictions around festivals. But it is no different to perceived ‘non-veg supremacism’ that links non-veg food to improved physical and mental outcomes, or thinking that eating non-veg makes one worldly wise. All non-vegetarians consume vegetarian food too, but the reverse is not true. Hence it is natural for vegetarians to be more concerned while sharing kitchens and maintaining purity of what they consume. And for some communities like Jains, being strict vegetarians is indeed a question of moral judgement, but they don’t go around imposing this view on others – does that make them ‘bigots’?

However, the way this order was passed by SDMC without advance intimation to shopkeepers is rightfully being criticized.

Another finding of the survey was that large sections of both BJP and AAP supporters approved the restrictions, while most Congress supporters were in disapproval. This again would not surprise a keen observer of Bharatiya politics, as Congress has grown openly minoritarian and Islamist/evangelist in its outlook over the last decade.

A majority of respondents also disagreed with the proposition that ‘such bans and restrictions were not constitutional as they went against free choice’. This again proves that most humans have common sense enough to understand that there is no such thing as absolute free choice, and that it is natural to be respectful of local sensitivities whichever part of the world you go to.

It is only deracinated HINO (Hindu in Name Only) seculars and assorted Hindu haters who derive perverse pleasure from humiliating and mocking the majority community and denying them the privileges which they deserve in their spiritual homeland.