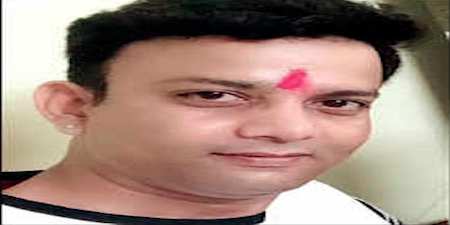 Delhi-based Aam Aadmi Party worker, Naveen Das, was murdered by his gay partner Tayyab (25) and two accomplices, according to Delhi police as per a Times of India report.

Das’ body was found charred to death in his car on Tila Mor-Bhopura road in Sahibabad on the night of October 4.

Police said Das was in a homosexual relationship with Tayyab and been coercing him into a live-in relationship by threatening to make some obscene videos of Tayyab public. Incensed, Tayyab, an event manager and a resident of Muradnagar (Ghaziabad), made a plan along with his brother Talib and friend Samar Khan to rob and murder Das.

“It’s not only a case of murder but also of kidnap and robbery. The three killed Das in a brutal way by burning him alive inside his Maruti Brezza in a pre-planned conspiracy,” said SSP Vaibhav Krishna.

Das was called by Tayyab to meet him in Loni on the night of October 4. Once Das reached there, Tayyab and his two accomplices sat in the former’s car and offered him drug-laced halwa. After he became semi-conscious, Tayyab first transferred Rs 7 lakh from Das’ account through net banking and then the 3 accused poured petrol and set the car on fire with Das still inside.