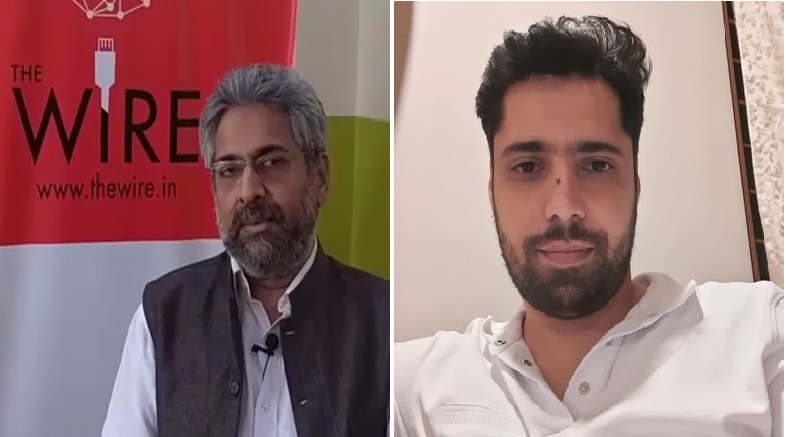 When I was growing up, it is people like Siddharth Varadarajan, handling the most powerful, absolutely influential positions in newspapers like Times of India and many such newspapers which controlled the thoughts of millions of Indians.

With his Hindu name and his journalistic credentials, I would be convinced about the conspiracy theories which they paraded with utmost conviction about the Godhra Train Burning.

Day in and out, their numerous publication allies in Outlook, Tehelka, Caravan and many other 50 shades of Left, would make me see these men and women as those great Hindus, intellectuals, people of courage, exposing the nefarious designs of their fellow evil Hindu brethren who were out there to eat all Muslims.

Decades of that conditioning got challenged with the advent of Internet and Social Media. I relearned how likes of him and this selfish ecosystem of theirs, were actually one of the most rabid Hindu haters in particular and anti-India haters in general. Their strategy was and remains till date, non-negotiable, and one which they follow ruthlessly. Back the worst elements among Muslims, turn even their mass murderers into victims.

Play their hardcore allies and then weaponize them against the Hindus. Back every group, every movement, every sentiment that wants to break India into a hundred pieces. Ordinary people don’t realize the power these deranged men hold in academia, arts, news publications.

Under the cover of democracy, human rights, they are a committed bunch of evil men and women who use democracy to break it and are relentless with their agenda. Under their spell are a million Khalids who might never escape their world. End of Thread.

(This article has been compiled from the tweet thread of @KhalidBaig85 with minor edits to improve readability. Khalid is an Indian Kashmiri Muslim and co-host of the weekly Youtube show ‘India this Week by Amana and Khalid’. https://youtu.be/X0mRuobfPZQ)