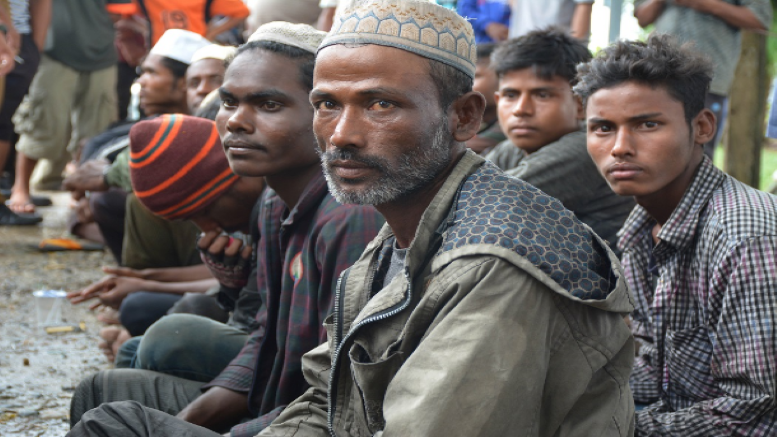 Six Rohingyas, including a woman and two children, were detained in Tripura’s Dharmanagar bordering Assam, the police said on Thursday.

The police detained the six Rohingyas late on Wednesday night after they arrived at the Dharmanagar railway station by the Tripura Sundari Express from Delhi.

The train runs between the national capital and Agartala once a week.

According to the police, the woman detainee possesses a United Nations identity card as a Rohingya refugee sheltered in Bangladesh, while the remaining five could not produce any valid documents.

The police are interrogating the six foreign nationals to ascertain their real identity, purpose of visit and how they reached Delhi without any valid documents.

There are inconsistencies in their statements, and they are also unable to speak any Indian language, the police said.

Rohingya Muslims often enter the northeastern states illegally from Bangladesh in search of jobs and for other purposes.

During the past two years, over 200 Rohingyas, who are citizens of Myanmar, have been detained in different northeastern states by the Border Security Force and other security agencies.