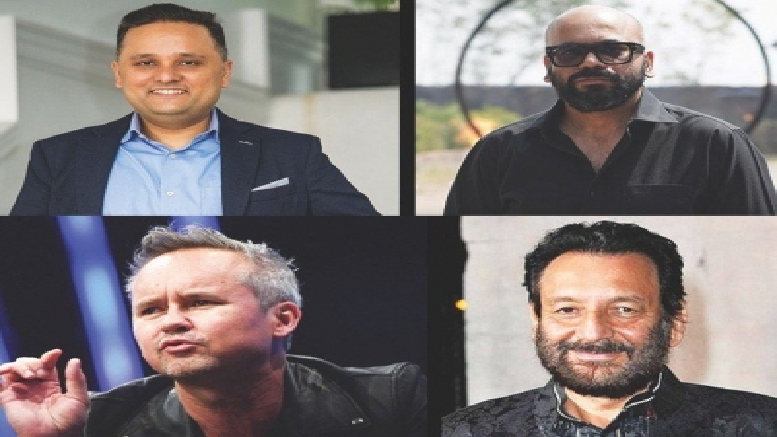 Renowned filmmaker Shekhar Kapur, who’s known for films such as ‘Bandit Queen’ and the British period biographical drama ‘Elizabeth’, has been signed to direct a series based on ‘The Immortals of Meluha’, the first of the ‘Shiva Trilogy’ penned by Amish Tripathi.

Suparn S. Varma, dialogue writer of the hit Prime Video series ‘Family Man’, will be the showrunner and co-director of the series. The series will be the maiden project of Roy Price’s film and television production house, International Art Machine.

Other projects on the production house’s opening slate are ‘Kitty Party’ with Dibaker Banerjee and ‘Gods’ with Preity G. Zinta.

Sharing his thoughts on the project, Kapur said: “Amish’s ‘Shiva Trilogy’ has been Bharat’s great publishing sensation, crossing every age and class. It’s not just mythology, it’s modern storytelling at its best, lending itself to a beautiful international series.”

Reflecting on how the trilogy has become a pop-culture phenomenon, Varma said: “It is a series of genre-defining books. I just loved the re-imagining and the world-building involving two of my favorite gods!”

The showrunner promises to set a precedent with the ambitious show. “The scale of vision and the ambition of our show visually and emotionally is a huge task, but we want to bring to audiences a vision that has never been seen before on screens,” he said.

Amish Tripathi, the author of the celebrated trilogy, said: “One couldn’t have asked for a better team than this to take my books into the audio-visual world. Shekhar is an Oscar-winning filmmaker. He is among the best living Indian directors. Roy is among the most successful Hollywood executives, having created Emmy- and BAFTA-winning series.”

On Varma, Amish said: “Suparn is one of the finest young writer-directors in modern India, having helmed the critically acclaimed and hugely successful ‘Family Man 2’. I am sure we will create a web series that is worthy of Lord Shiva.”

Talking about his launch project in Bharat, Roy said: “The premise of International Art Machine (IAM) is that we are entering a new peak era for Asian original cinema and television. Everything we do supports that vision.”