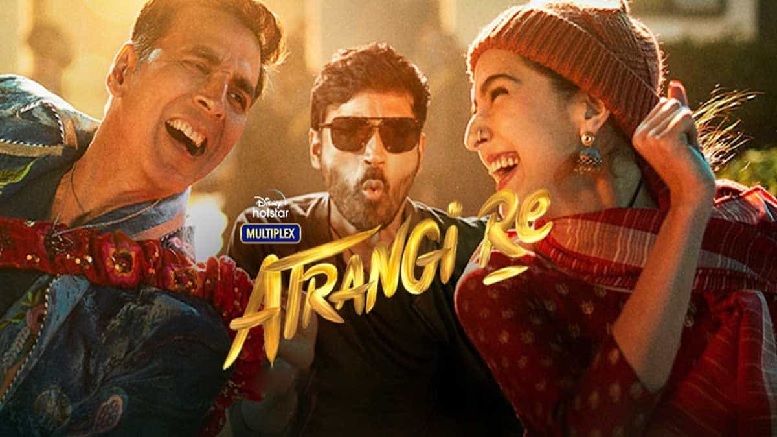 If a community does not tell its own stories, who will?

If Jews had not decided after the Nazi holocaust to tell their tale, would the world ever have fully comprehended the horrors of what happened in those concentration camps? What drove a famous commercial move director like Steven Spielberg to make a black & white documentary-style movie like Schindler’s List?

Was it the realization, after centuries of persecution in Christian-majority Europe, that keeping quiet in face of injustice and trying to hide/erase your identity to ‘fit in’ never helps? That such escapist behavior just invites more persecution and ridicule?

Hindus have arguably suffered far more than Jews – and we continue to suffer unlike the Jews, who have finally created a country they can call their own, and have created a global narrative against anti-Semitism. On the other hand, our genocides and cleansing are ongoing, happening as we speak – in Bangladesh, Pakistan and within multiple pockets in Bharat.

Yet, an entire movie industry, consisting primarily of Hindus (at least in name) continues to gaslight the community that the existential threat they face – the pogroms, forced conversions, exoduses, sexual violence and grooming jihad, land grabs, hate speech – is all a figment of imagination, is just a ‘conspiracy theory’ cooked up by ‘extremists’. The real threat, we are told, is posed by ‘intolerant’ Hindus to minorities, Dalits and women.

Atrangi Re is just the latest manifestation of this phenomenon. As Hindus are waking up from their secularism-induced stupor and challenging mainstreaam Hinduphobia, the anti-Hindu propaganda is becoming more brazen. Atrangi Re is a milestone, in that it is probably the first commercial pot-boiler that advocates a relation between a Hindu woman and a Muslim man as the ideal ‘love story’.

Real love story? Nikita Tomar, Ekta Deswal, Ritika Sahni, Priya Chaudhary and her daughter Kashish, Nimisha, Priya Soni, Mahima Vitole, Heena Talreja – the list is endless – would beg to differ, if only they were alive today. Or consider the thousands of cases where Hindu girls were exploited, ill-treated, assaulted and forced to convert or abandoned after marriage by Muslim men and their families.

As this Swarajya article shows, there is a growing trend in Bollywood to showcase such one-sided ‘inter-faith’ relations between a Muslim man and Hindu woman – Laxmii, Indoo ki Jawani, Toofan being some recent examples. The reverse – a Hindu hero romancing a Muslim heroine – is conspicuously avoided after the violent backlash to movies like Bombay and Gadar couple of decades back.

Let one thing be very clear – the people who are producing, directing, writing and acting in such movies are mostly Hindus (at least nominally so). A T-series, founded by the late Gulshan Kumar – murdered by Muslim gangsters after he started popularizing Hindu bhajans – is producing such films. Akshay Kumar, Aanand L. Rai, Himanshu Sharma, Paresh Rawal, Rakeysh Omprakash Mehra – these are just a few names acting, writing and directing such movies.

In their personal lives, these people might even be visiting temples, observing Hindu festivals – but why are they so apathetic to what the Hindu community is facing? It is natural to be perturbed, angry and disappointed with these celebrities. But these celebrities are not alone – a similar attitude of arrogant denial is seen among Hindus in all walks of life, even in some conservative families and even in otherwise smart people.

One of the main cause of such attitudes is unchecked individualism. Individual Hindus are so lost in their personal pursuits and ideologies that they have lost all sense of community. They are happy in their comfort zones, so want the rest of society to conform to their whims and desires, to their conception of an ‘ideal society’. Acknowledging the serious issues facing other Hindus is so upsetting to them, to their comfortable lives, that they would rather live in denial, preferring to believe the well-known faces who whisper to them from newspaper columns and TV screens that “don’t let hate win”.

Any incident which threatens to upset this worldview in which everything will be perfect if ‘Hindus just reform themselves and learn to tolerate the other’…well, that incident can be dismissed using easy excuses like – non-communal, law & order issue, personal rivalry etc.

So how do we break this cycle? How do we wake up people who prefer to be deaf and blind even when awake? There are no easy answers. Speaking up boldly without mincing words is the first step. This propaganda is only going to get worse – don’t be disheartened or disappointed that ‘your own’ people are doing this to fellow Hindus. In many ways, such HINOs are as brainwashed as East Germans were during the Cold War, or North Koreans are today. Treat them as such and keep your distance from them.

Dharma teaches us to value both society and self. We must revive those structures and institutions which Hindu community life has traditionally revolved around – the sense of purpose and fulfilment derived from this is unmatched. It is now time for groups of Hindus to create parallel housing societies, schools and other social infrastructure, to live free of the toxic HINO influence. This should not be construed as a surrender, but as a way to regroup and gather our strength for the battles ahead.

Learn to channel your anger into cold, calculated action. Name and shame those who want to gaslight us into doubting our sanity and lived experiences. If their propaganda is relentless, so must be our counter. Be loyal only and only to the Hindu cause, don’t get distracted by any other ‘ism’. Help Hindus in need, and dismantle the anti-Hindu propaganda brick by brick. This will be a long-drawn battle, but no one ever said protecting a civilization was going to be easy. The tide will turn. Satyameva Jayate Nanritam.