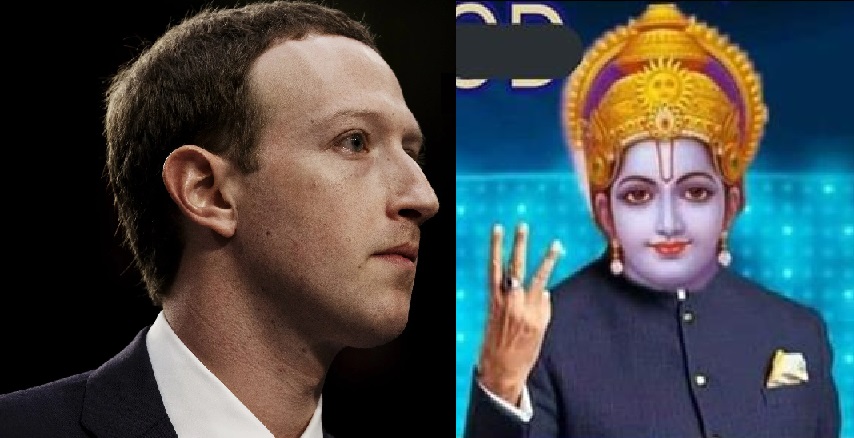 Islamist hate-mongers have been spewing unspeakable profanities about Hindu deities like Maa Sita and Bhagwan Shiva, but the Facebook’s Community Standards team finds nothing objectionable in such offensive posts.

Abdul Wahid, who is a resident of Parbhani, has been arrested by local police after a FIR lodged by a Hindu activist.

Here are some screenshots of Abdul Wahid’s FB profile, who appears to be a Salman Khan fan. His profile is full of the most offensive comments against Maa Sita (wife of Bhagwan Ram), Maa Parvati (wife of Bhagwan Shiva), and Maa Durga (embodiment of Shakti, the feminine divine). If even a fraction of what this ugly bigot has written about Hindu Goddesses was written about any of Muhammad’s wives, all mullahs and their blind followers would be baying for that person’s blood on the streets by now:

But when a FB user reported Wahid’s offensive photo, it was deemed ‘Okay’ by Facebook’s Community Standards watchers. 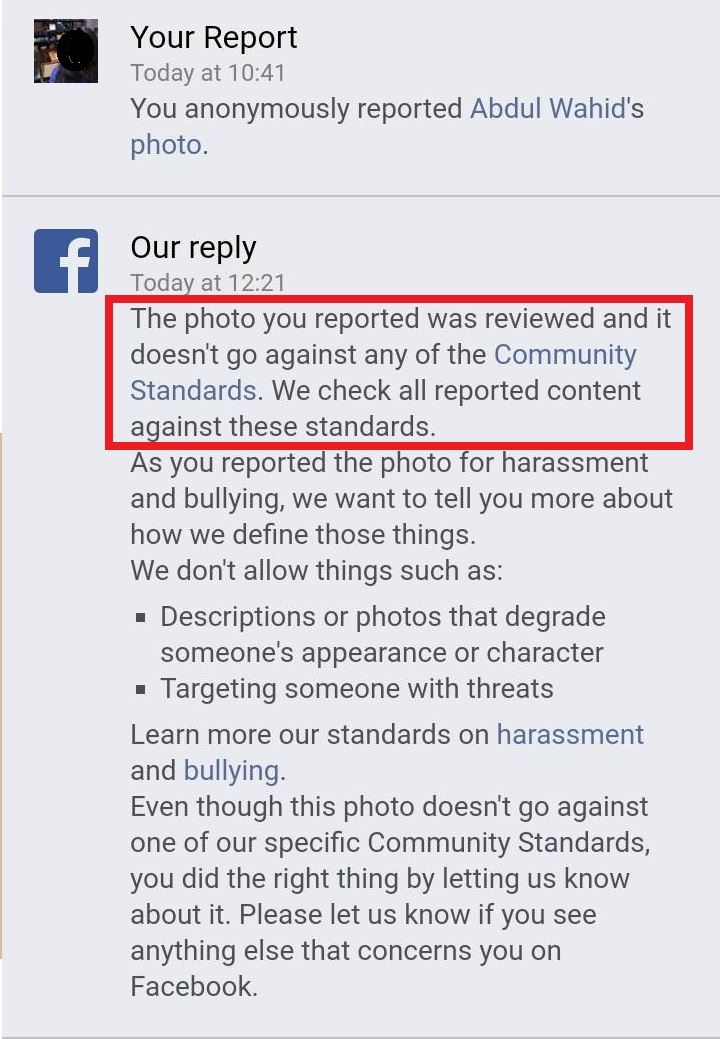 Now, lets take a look at what Bengali ‘artist’ Tousif Haque wrote in Bengali on his Facebook page on the occasion of Maha Shivratri. The FB page Bhubaneswar Bliss translates the above post for us:

“I wouldn’t have drawn this image, but after seeing six-packed Shiva on FB throughout the day, I think I should give some wisdom on International Mother Language Day.

Bengali’s Shiva isn’t a muscular goon. Instead he is calm and decent, his complexion is white and grey, has a moustache, has dreadlocks. He is chubby and pot bellied. He is a financially strong peasant- who often relaxes during cultivation by having a cigar or ganza. He is honest and a lover- generous and loyal husband.

That dreadful, six packed Shiva- he isn’t the Shiva of Bengal and Bengali. He has been imported from North.”

The page further, accurately decodes the vicious design the likes of Haque are plotting:

It’s a different level of Jihadi intellectualism. By calling it artistic freedom one claims that Shiva is of two types- Bengali Shiva and North Indian Shiva. Not only this, in name of artistic freedom, an artist goes on calling well-built Shiva as a muscular goon. All this, on the day of Shivaratri.

After being confronted by Hindus, Tousif Haque Tousif has deactivated his account. The Tousif Haques of the world get the audacity of making spiteful comments on the greatest God of Hindus because the ecosystem of communists and liberals stands like a wall around him.

The Facebook machinery is one of the most powerful weapons in the armoury of this ecosystem.

If you write anything against one special community, your Facebook account may get deactivated for 30 days. Mark Zuckerberg takes such extra care to protect that one special community that if any user uses words like Muslim or Jihadi, and it is reported, the post gets taken down in no time; forget about any critical mention of their God or prophet. A Canadian group had posted a video ‘Allah is Gay’, which was removed for violating FB ‘community standards’.

While we appreciate that Mark Zuckerberg has taken such extreme steps to protect the religious sentiments of one community, why is his company so indifferent towards Hindus and their faith? Hindus collectively form one of the biggest user-base for Mark’s networking site, but he seems to hire those who have a special dislike for the Hindus, their faith and their deities.

Who are you hiring, Mark? Why do your employees concur that hurling vulgarities of sexual nature about Maa Sita goes with the set ‘community standards’, and hurling profanity on Bhagwan Shiv is nothing to be worried about? Which community do the keepers of “Community Standards” at your organization belong to?

Mark Zuckerberg is committed to protect the rights of Muslims . Wonder if he and his team have come to the conclusion that insulting Hindu deities is one such ‘right’ that requires protection?

Back in 2018, Zuckerberg was interrogated by the US Congress over Facebook’s questionable handling of personal data. Given the body of Hindus worldwide that constitute its user-base and the disrespect shown by the platform towards them, Bharat’s government must similarly grill Facebook over its guidelines and community standards and why they consistently ignore Hindu concerns.