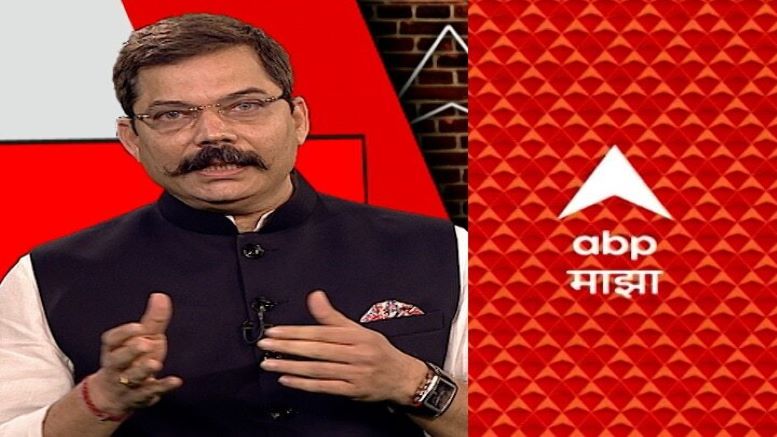 Marathi news channel ABP Majha has been caught peddling fake news and indigenous legal rights body LRO (Legal Rights Observatory) has written to the ABP group raising the issue. LRO has intimated to ABP that the firm is set to initiate legal action against Rajiv Khandekar, the editor of ABP Majha under the Epidemic Diseases Act 1897 for spreading panic and rumor in public with fake news on vaccine supply.

LRO pointed out that while Khandekar had said that the Centre had supplied only 7 lakh vaccine doses to Maharashtra, the actual number is 1.07 crores. This number has been corroborated by the Maharashtra DGIPR through its official Twitter account where it quoted the state’s Chief Secretary Sitaram Kunte as saying that Maharashtra has received around 1 crore 6 lakhs vaccine doses.

On April 8, ABP Majha had alleged that the Centre was discriminating against Maharashtra by supplying more doses of vaccine to BJP ruled Gujarat and Uttar Pradesh (UP) while giving only 7 lakhs 40 thousand doses to Maharashtra. Executive Editor Rajiv Khandekar had put out a tweet reading “56% of the total number of Covid patients are in Maharastra and UP has only 3% of Covid affected patients. However, Maharashtra is being given 7.40 lakh doses and UP is getting 44 lakh doses. This discrimination is not only unjustified but also annoying.”

LRO has written to the ABP Group stating that its Marathi channel had put out fake news regarding the Covid vaccine supplied to Maharashtra by the Union Ministry of Health. The letter added that factually incorrect information had been provided by the channel on both social media and television. LRO demanded an apology from the channel as even its editor Khandekar had tweeted false information.

Furthermore, LRO demanded that a corrigendum be broadcast for 15 days by ABP Majha as a clarification for the rumor spread by them. LRO also said that failing to do so the legal body would launch legal action against ABP Group under Epidemic Diseases Act, 1897 and other relevant IPC and CrPC sections to punish ABP group editor along with Rajeev Khandekar.

With Chief Secretary Kunte himself having confirmed the receipt of 1.06 crore doses of the vaccine, ABP Majha has attempted to play mischief on such an important issue that too at a time when the state ranks among one of the worst-performing and the state government has been busy in vasooli.