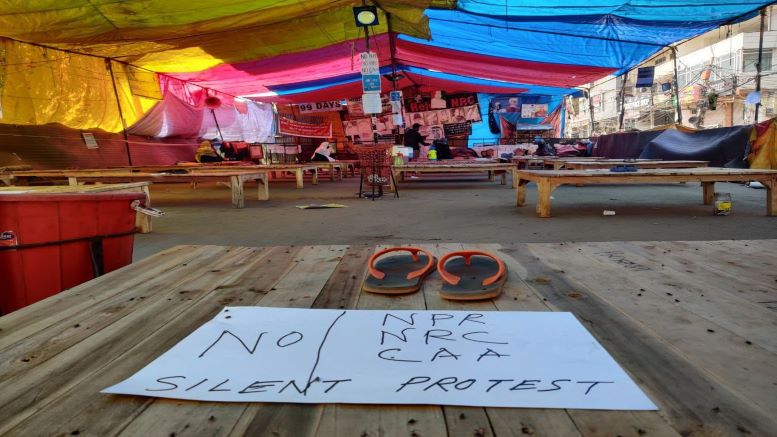 The Supreme Court (SC) in its ruling on the right to protests has on Wednesday stated that Shaheen Bagh like protests at public places cannot be allowed for an indefinite period. A three-judge bench comprising of Justices SK Kaul, Aniruddha Bose, and Krishna Murari said that protests must take place only in designated places.

The bench also pointed out that SM channels had their own dangers and led to polarizing environments. It was of the opinion that what started out as protests turned into an inconvenience for the common public in general and commuters in particular. In this regard, it also felt that the administration failed in its duty and was over-dependent on the judiciary.

During the hearing, Justice Kaul had said “In a parliamentary democracy, there is an avenue of debate. The only issue is in what manner and where…and for how long and how to balance it”. While Justice Bose was of the opinion that the right to protest must be balanced with the public’s right to use the road.

The petitioner Amit Sahni had approached the SC after the HC refused to entertain his plea and instead directed the central government to consider it as a representation. In January, a bench comprising of Justices Kaul and KM Joseph had made an oral observation in this respect calling for the cessation of protests in public places.

However, the court’s observation contradicts its conduct as it was the very same apex court which had sent advocates Sanjay Hegde and Sadhana Ramachandran as interlocutors. If the court believed that protests in public places are not to be entertained then its conduct of appointing interlocutors for mediating gave legitimacy to the protests.

Supreme Court judgment on Shaheen Bagh makes an important mention of what interlocutors’ report said: women protestors sat in tent, huge periphery of mostly men all seemed to have stake in continuance of blockade (paraphrased). pic.twitter.com/SNdV1UPkRD

The observations of the court-appointed interlocutors itself suggest that women were being used by various power centers working at cross purposes with each other. The report of the interlocutors states “while the women protestors sat inside the tent, there was a huge periphery comprising of male protestors, volunteers, and bystanders who seemed to have a stake in the continuance of the blockade”.

The apex court while taking cognizance of the fact that the protests inconvenienced the public, also held the authorities responsible for the situation as the latter had allowed the protests to go on.

It is now crystal clear that the public right of movement trumps the right to protest and henceforth such protests cannot be allowed in public places. Furthermore, this ruling also seems to suggest that, it is the duty of the administration to nip such protests the bud.