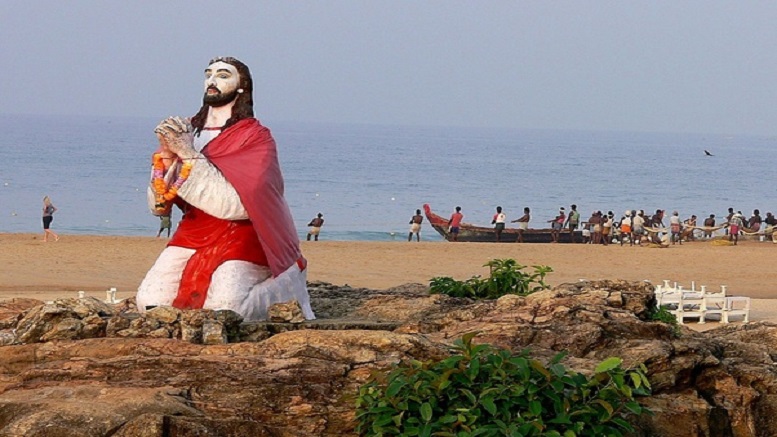 The Pinarayi Vijayan-led CPM government in Kerala has decided to grant OBC reservations to the Nadar Christian (NC) community in Kerala. Christian heads of Church have welcomed the government decision.

Hindu and SIUC (South Indian United Church) Nadars already come under OBC reservations, so except these categories, the remaining members of the Nadar Christian community have been brought under the OBC category with this latest move. Although Nadars are originally from Tamil Nadu, many moved to Travancore region of Kerala centuries back.

The decision seems odd especially at a time when there are just weeks to go before assembly elections are to be declared. The legality too can be challenged given the fact that there are various court orders that mention clearly that one loses his caste when he/she converts to Christianity or for that matter Islam. However, Hindu Nadars have already challenged the inclusion of SIUC Christian Nadars through a PIL which was rejected last year by the Kerala High Court.

It is not as if this is the first time that the CPM government has tried to appease the Christian converts from Hindu Dharma. It even has entire departments engaged in providing financial support to such converts only. A perfect example is the Kerala State Development Corporation for Christian Converts from Scheduled Castes & the Recommended Communities.

What is absurd is that a state which is touted as the ‘most secular’ in the country is actively encouraging conversion to Christianity through such departments, whereas Constitutional provisions mandate upliftment of backward communities while allowing them to retain their civilizational and ancestral roots. It is for this reason that SCs (Dalits) who convert to Christianity or Islam are denied reservation benefits, so it is quite surprising that courts have allowed the rampant extension of OBC reservation benefits to converts from OBC communities.

Even the rule around SC Christian converts being disallowed SC reservation benefits is being openly flouted in states like AP and Telangana where crypto converts maintain Hindu identity on paper to keep their SC caste certificate while privately practicing Christianity. It has been alleged that not only is this fraud going on with full knowledge and backing of state government and bureaucracy, but it is actually being actively abetted by senior officials and elected representatives who are Christians.

Many clueless Hindus would not even be aware that almost all states legally provide reservation for various Christian and Muslim groups under the OBC category. Hindu caste groups are so busy agitating for quotas that they have failed to recognize that minorities are milking the state in two ways – through Minority Affairs ministries at the central and state level, and by creeping into the OBC quota list again at state and central level. But while Hindus can only squabble among themselves for a share of the quota pie, they are denied minority benefits in 8 states where they are actually a minority – go figure!

A safe estimate of ‘Nadar Christian’ numbers in Kerala would be between 10 to 12 lakh, if not more. These are huge numbers going by vote banks and in cities like Thiruvananthapuram, where they are most concentrated, they could actually tilt the scales in favor of candidates of their choice. They also have a history of doing just the same.

Nadar Christians have a background of approving and voting for Indian National Congress (INC) candidates in the past. The CPM knows this and the reservations being granted now can be seen as nothing but caste and religion-based minority appeasement. For a party of atheists, the leaders now seem to bank on religious mobilization, in order to survive, and incidentally, this is exactly what the INC also adopts, especially in this southernmost state of Bharat.

This is coming at a time when the Kerala government is citing technical issues to delay 10% reservation allocated for the economically backward among the forward caste natives of Kerala.

Such social engineering being done for the sake of politics has a deep impact on Hindus in particular. There are thousands of Christians who exist on paper as Hindus but are actual converts who never change their names for the sake of benefits. They visit the churches regularly and donate but go around desecrating Hindu gods and traditions.

Unless major changes occur immediately in such districts where conversion to Christianity is happening at a frantic pace, we might end up the Nagaland way. The total destruction of the indigenous Dharma in Nagaland too was actually planned and executed under the negligent eye of an old Congress leader, Jawaharlal Nehru.

But most of all, Hindus need to wake up to the charade which is being played on them under name of secularism and social justice. The system of quota and reservation has been mangled beyond all recognition. First it was limited to Dalits, then Mandal Commission included OBCs, then Christian and Muslims sneaked into OBC lists, then we saw arguments over ‘creamy layer’ exclusion, then crypto-converts to Christianity were empowered to defraud the state. And now we have trans-national groups lobbying hard for converted Christians and Muslims to be given SC quota benefits – its just a matter of time that our Courts and government cave in on that demand, given the way vote-bank politics works in our country.

Add separate minority-only schemes such as scholarships, loans, infrastructure projects etc. which are well entrenched after UPA created a Ministry of Minority Affairs in 2006. However, courts and government have refused to give minority benefits to Hindus in states where they are actually the minority! Recently, forward classes have also been given 10% quota for economically backward sections.

Where does it end?

Are we headed for a situation where each community will have quota as per their population? Are we headed for separate electorates for each community as well? Isn’t it time to scrap the quota system, and move towards a transparent, uniform system where the needy sections are empowered through scholarships, loans and DBT transfers to come up in life, rather than a system where every month some or the other group is conducting angry agitations to scrap for their share of the quota pie?