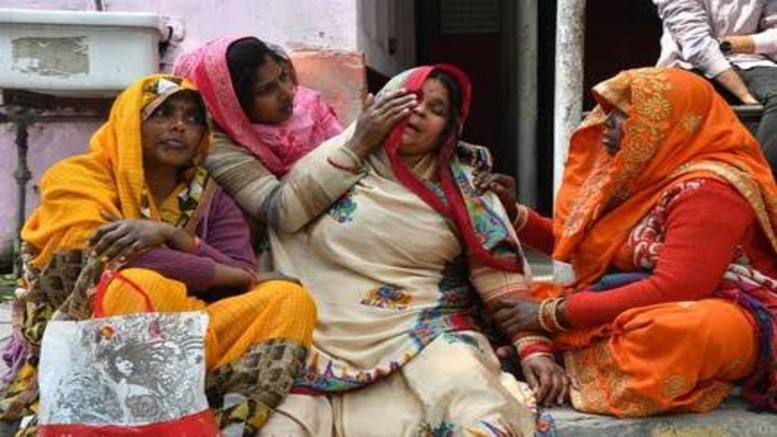 Judiciary, the last hope of a common man in getting justice should be not only neutral but nonpartisan too. However the recent decisions of courts in granting bails to the accused in anti-CAA and anti-Hindu Delhi riots case have been inconsistent. While even those who were identified to be present in the riot field through CCTV footage were granted bail with a customary admonition, those who were booked simply because their cell phone signals were located in the vicinity were denied this right. Did the courts discriminate between pro-CAA protesters and anti-CAA rioters? If indeed there was discrimination what was it based on?

He was a part of the mob that attacked the police station which led to constable Ratan Lal’s death. While the Delhi HC agreed that “there was no doubt that Mansoor was part of the mob” it said that ‘identification of the accused by the prosecution before the trial court and the high court was at variance’. It also observed that “he cannot be made to languish behind bars for an indefinite part of time” as he has been in jail since November 2020 and granted him bail based on that account.

Tanha, a member of the Students Islamic Organization and also a part of the Jamia Coordination Committee, was accused of instigating violence against pro CAA protestors. On June 7, Delhi HC granted an interim bail for 2 weeks to Tanha to appear in exams so that his ‘future career is not affected’. Tanha was booked under UAPA and has been granted bail by the court now. The court in its bail order made a lengthy interpretation of the UAPA. When Delhi police appealed against the bail, even though the Supreme Court expressed its concern over Delhi HC’s interpretation of UAPA and worried that it might set a precedent, it neither stayed nor overturned the decision.

Gulfam was booked in 8 cases and one of them was where one Ajay Goswami sustained gunshot injuries during the riots. Gulfam was granted an interim bail for 15 days in the case simply because the judge felt that “Eid is meant to be a time of joy and blessing for the entire Muslim community” so that he may celebrate Eid with his wife and children.

Sahabuddine has been accused of conspiring with a mob to unleash violence due to which a young man Babu sustained injuries and later succumbed to them. Some police officers were also injured in the mob violence conspired by Shabuddine and turned as witnesses for the case. However Delhi HC granted him bail saying there is direct evidence like CCTV footage to deny him bail.

Ankit was denied bail by judge Vinod Yadav citing that he was a member of Khattar Hindu Ekta WhatsApp group. The judge said that the messages forwarded in the group were ‘highly communal in nature and clearly promoting disharmony, enmity, and feelings of hatred towards the members of a particular community’. His cell phone signal was located at the scene of crime which was another reason for which the judge denied him bail.

Pankaj Sharma was denied bail citing similar reasons like his cell phone signals were located at the crime scene and that he was a member of the WhatsApp group. While Justice Vinod Yadav granted bail to Gulfam who has 8 cases on him saying he has been granted bail in other cases, Justice S.K.Kait who granted bail to Mohammad Mansor denied bail to Pankaj Sharma saying he has 8 cases on him. He said that the fear of Sharma influencing witnesses is tangible and refused to grant him bail.

All three are accused of killing a man and denied bail even though there is no CCTV footage to prove their presence or violence on that day. The judge said that rioters broke CCTV cameras and that on that account footage isn’t available for this particular case. He denied bail on the grounds that the three of them might intimidate the witnesses. Even as the left liberals celebrated Pinjra Tod activists getting bail, Panchal, Sharma and Chaudhary were denied bail.

All these bail petitions were heard by judges S.K.Kait and Vinod Yadav. How the judges saw the same things like lack of CCTV footage, presence of cell phone signals, etc for people from different communities is there for everyone to see. While it was important for a Muslim to celebrate Eid with his family, Hindus languished in jail whether it was Navratri, Diwali or Holi. While Muslims were granted bail citing they were given bail in other cases, the same ground was used to deny bail to Hindus.

Two Hindus were let off even though they were found in CCTV recordings. But it was only because the victim’s wife and mother gave varying accounts of the incident. But when it came to the conspirators of violence in Jamia Millia, Delhi HC observed that ‘though such protests are expected to be peaceful and non-violent, it is not uncommon for protesters to push the limits permissible in law. The making of inflammatory speeches, organising chakkajams, and such like actions are not uncommon when there is widespread opposition to Governmental or Parliamentary actions’.

The court effectively defended the act of conspiring to unleash violence that caused lives on both sides. While the Supreme Court expressed its concern about the interpretation of UAPA, it didn’t strike down or stay the order either. The judges were all mushy when it came to Muslim offenders and wanted them to happily celebrate festivals with their families. But when it came to Hindu petitioners, the judge compared it to the violence during the Partition in which Hindus were the victims.

He said “The Delhi riots 2020 are a gaping wound in the conscience of a nation aspiring to be a major global power. The allegations against the applicant are extremely grave in nature” trying to imply that Hindu retaliation is an obstacle in building the global image of Bharat. As Vivek Panchal, Jatin Sharma and Rishabh Chaudhary suffer in jail without influential legal assistance, the leftist media have already started their campaign to release Umar Khalid, Sharjeel Imam, Ishrat Jahan, etc.

These people not only organised the anti-CAA protests, paid and fed the protestors but conspired to use it to unleash violence as well through seditious and inflammatory speeches. But the court felt that “In its anxiety to suppress dissent, in the mind of the State, the line between the constitutionally guaranteed right to protest and terrorist activity seems to be getting somewhat blurred”. In the name of defending free speech the judiciary appears to be encouraging sedition and instigation to violence and interfeering in the State’s.responsibility inmaintaining  The rights of Muslims and liberal elites seem to concern the judiciary more than the rights of Hindus to self-defence. That everyone is equal in front of the law is but an euphemism in this case.