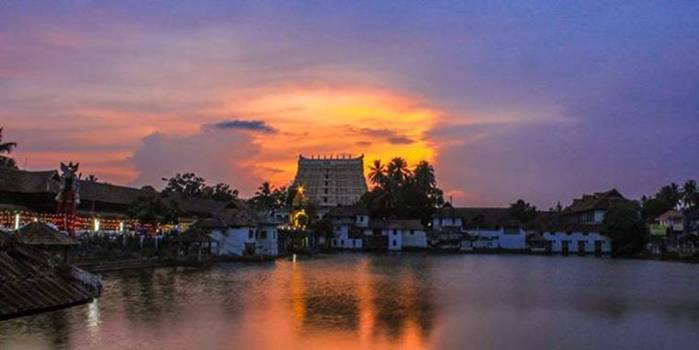 The plague of Islamic jihad on the Indian subcontinent had its effect on every corner of the country, many of which often remain unknown or forgotten due to several reasons. At times as a barbarian who massacred Hindus and plundered their temples or sometimes as a great warrior, Malik Kafur gets a special mention in the history books of Bharat. Kafur served as a eunuch slave-general of the Delhi Sultanate under Alauddin Khilji. He was captured from Khambhat by Khilji’s general Nusrat Khan during his Gujarat invasion in 1299. After this, he was converted to Islam and presented in Khilji’s court where he quickly gained prominence.

From 1306, Kafur led Khilji’s forces in many battles. But he is mainly famous for his invasion of Dakshin Bharat. Though this invasion of Kafur resulted in his victory, it had no traces of his supremacy over the region within a few months after his triumph. Many historians seem to ignore ten years between invasions of Malik Kafur and that of Ulugh Khan (which resulted in the establishment of Madurai sultanate bringing Dakshin Bharat under Islamic rule). However, a more in-depth study of documents and inscriptions of the time reveals the tale of a forgotten dharmic king of Venad named as,  “Sangramadheeran” Ravivarma Kulasekhara.

Bharat has been blessed with many great emperors, who were the torchbearers of Dharma and unity among the Dharmikas. But unfortunately, these emperors of Bharat are rarely mentioned in our history books, which instead glorify our invaders. One among those great emperors is “Sangramadheeran” Ravivarma Kulasekhara, whose name is not only unknown to the other parts of Bharat but is also almost entirely forgotten in the regions where he ruled.

After the death of the great Maravarman Kulasekara Pandyan I, whose rule extended from Hoysala regions in Karnataka till Jaffna in Srilanka, the Pandya kingdom witnessed a political turmoil. The sons of Maravarman in Sadayavarman Sundarapandyan III and Sadayavarman Veerapandyan II were engaged in a war of succession, which led to a civil war in the Pandyan Kingdom.

During the Siege of Warangal of the Kakatiyas, Kafur had learned that the region to the south of the Yadava and Kakatiya kingdoms was also very wealthy. After returning to Delhi, Kafur obtained permission from Alauddin to lead an expedition to the South. Kafur first besieged the Hoysala capital Dwarasamudra and reduced the Hoysala kingdom into a tributary of Delhi Sultanate. Then after the reinforcements for this mammoth task arrived from Delhi, he started moving towards the Pandyan Kingdom. By the time, Sadayavarman Veerapandyan II had overwhelmed his brother and claimed the throne of Madurai, resulting in an alliance between Malik Kafur and Sadayavarman Sundarapandyan III.

The combined forces of Sundarapandyan and Malik Kafur defeated the army of Veerapandyan. This fierce battle also saw Veerapandyan being severly injured after a valiant fight, sending him in exile as his bodyguards shifted him to a safe-house away from the battlefield to protect his life. Kafur’s army then crippled the forces of Sundarapandyan and thus making Sundarapandyan incapable of claiming the throne. Then Kafur entered Madurai with the hopes of plundering the wealth of the city and the Meenakshi Temple filled with riches, only to find out that the treasury of the temple had already been emptied by the local devotees who deserted the city along with their beloved murtis of Meenakshi and Sundareshwarar.

The murtis along with the murtis of various other temples in Pandyan kingdom reached Thiruvananthapuram, where they were protected and worshipped with honour. Enraged Kafur burnt the entire city of Madurai and left towards Delhi, with invaluable riches he had looted from other temple towns including srirangam, by establishing barracks of Muslim forces in various parts of the region.

Sangramadheeran on hearing about the plight of Madurai decided to march into the city and claim his rule in the Pandyan kingdom. In no time, he crushed the forces of Sundarapandyan and checked his return to the throne. Then he began destroying the barracks of Muslim troops one by one and reached Madurai. He was coronated as the ruler of Pandyan Kingdom and headed northwards with his army.

Slowly, Sangramadheeran advanced along with his troops defeating the Muslim forces in the Tamil regions finally vanquishing the invaders at Kanchipuram. There he was anointed as “Tribhuvana Chakravarti” – the ruler of Chera, Chola and Pandya Kingdoms. Thus, the entire Tamizhagam was under dharmic rule again. The invaders who had plundered and destroyed many temples were wholly driven out. All the murtis of many temples which were safely housed at Thiruvananthapuram were also returned to their abode successfully.

Sangramadheeran was a multifaceted genius as he was not only a great warrior and accomplished ruler but also an expert in music and literature. Despite ruling from Kollam as his capital, he performed various renovations in the Padmanabhaswamy temple in Thiruvananthapuram as it was very close to his heart demanding constant attention. One of the unique gifts he offered at Padmanabhaswamy’s feet was a large gold vessel called “Koppara” weighing about 2000 tholas of gold. As a committed devotee of Padmanabhaswamy, he earned the title of “Sree Padmanabhapadakamala Paramaradhakan” meaning the supreme devotee of the lotus feet of Padmanabhaswamy.

His reign witnessed a strong revival of dharma against the Islamic onslaught. An inscription in Srirangam hails him as the “protector of three Vedas”. Sangramadheeran was a great dharmika who subscribed to the view that protection and preservation of temples was the duty of the state to preserve dharma. His empire extended from Kollam to Kanchipuram, and he restored all the temples which were attacked by invaders. His rule was a speck of radiance in the dark times of Islamic invasion.

Sangramadheeran was also skilled in playing a vast array of musical instruments. He also wrote a Sanskrit play titled “Pradyumnabhyudayam” to perform in Padmanabhaswamy temple. His demise marked the end of a golden era in the medieval times that was shadowed by Islamic invasion. After his death, the land of Tamizhagam was once again plagued with clashes between forces of Pandyas, Venad and Kakatiyas. Thus Tamizhagam was once again weakened and defenceless when Ulugh Khan invaded it and established the Madurai Sultanate. Though Venad remained independent from Islamic rule, the clashes had exhausted them too. It became hard to imitate the feat achieved by Sangramadheeran. Thus, the efforts of this dharmic king in establishing the rule of dharma by ending the supremacy of Islamic barbarians in Tamizhagam were wasted by infighting within a short period. The King who negated the effects of invasion and established dharma has been left to be forgotten by both history books and our popular narratives.