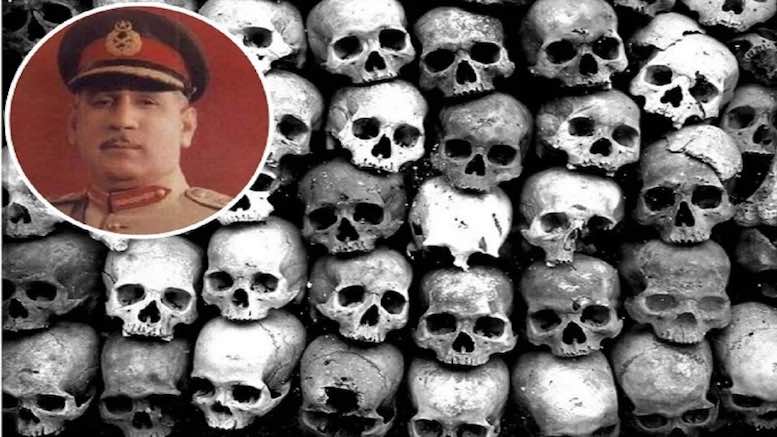 This is actually a grey zone. Is the head of a State or for that matter any organised body responsible for what its members do, and are they to be visited with the methods their followers or members perpetrate on others? No simple answers.

From the principle of justice, if they had the power to stop or punish perps, and didn’t do so, then it implies they approve and since it was done by their own, they do become responsible. From strict fairness principle, the punishment must be of the form originally meted out.

However this eye for an eye principle is discounted in modern law, (except those societies fossilised from medieval times), but the responsibility of heads remains a matter of modern legal hypocrisy based on who won over whom or who did the original atrocity on whom.

If we look at Nuremberg triumphalism, the precedent is “responsibility” if the leader is defeated in war with US and its allies. However, sadists like Pinochet and others got away with it on a sly deflection of same “law” that direct proof of participation “was not established”.

If the law of responsibility was not a “western” hypocritical tool to protect their favourites and make examples of those who didn’t quite submit, then the rapist Pakistani General Niazi should have been hung drawn and quartered.

Most of the surrendered Pakistani army of 90 odd thousand, by Islamist principles of punishment in kind matching the deed, either stoned, or executed by impalement (a possibly psychological feature of “feminising” the victim and “raping” them) as done to Gaddafi.

No doubt that under gaddafi, his henchmen had done similar “impalements” with live or inanimate tools, Assad’s minions similar on captured boys and women, Pinochet’s ones had imaginative rapes with electric probes (possibly Euro-American imaginative minds behind as in Iraq).

But Pinochet and others of his ilk, were US’ own SOB’s as per claimed anecdotal remark by likes of Harry Kisscanker. Whether he said it or not, it fits the mentality as we can see from how jihadis were encouraged in the years before home run in 9/11. So they were protected.

From that view, if US protection of such heads under whom such things happened is okay, then there is nothing to single Putin out, even if he thought of protecting his perceived allies.

(This article has been compiled from the tweet thread of @dikgaj.)