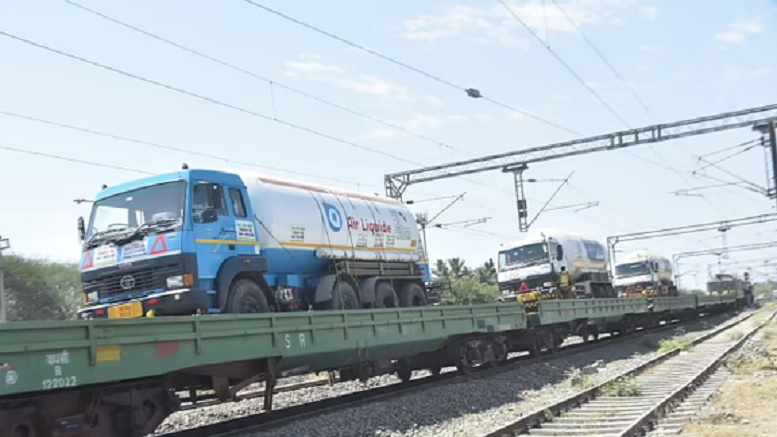 The first Oxygen Express train from Vishakhapatnam has reached Nagpur and Nashik in Maharashtra carrying the life-saver to the Covid-ravaged state, officials said here on Saturday. While three tankers carrying Liquid Medical Oxygen (LMO) were unloaded at Nagpur on Friday night, four more were unloaded in Nashik on Saturday morning, said an official.

Oxygen Express is part of the Indian Railways’ initiative to transport oxygen across the country, under which empty tankers will be loaded with LMO from Visakhapatnam, Jamshedpur, Rourkela and Bokaro. The oxygen consignment to Maharashtra was sent from the Vishakhapatnam Steel Plant, and the train reached Nashik after over 50 hours, traversing several states enroute.

It is expected to be distributed to various government and private hospitals as per their needs, as the state grapples with severe shortage of oxygen to treat serious Covid-19 patients. The state currently has 691,851 active cases and roughly around one-fifth of them require LMO, either on oxygen beds or on ventilators.