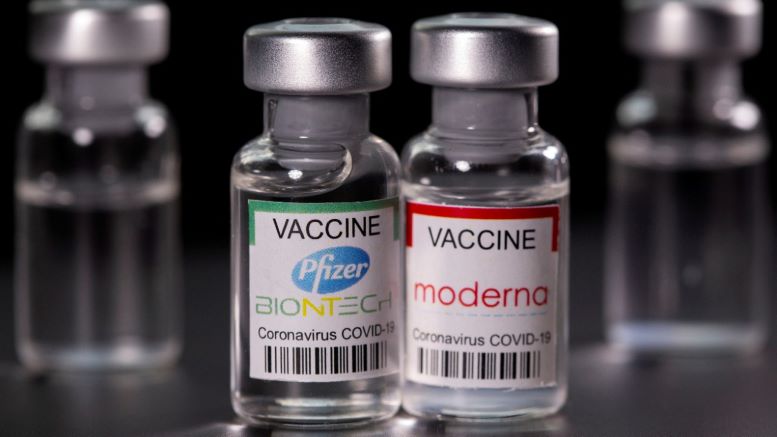 The anti-Bharat bias of the anti-Modi government cabal came to the fore when indigenous Bharatiya vaccines were disparaged by them. Members of the cabal are now pushing for foreign mRNA vaccines despite the fact that data stands contrary to the claims made by them regarding their efficacy.

Pfizer and Moderna vaccines have been shown to have serious side effects but despite this many in Bharat continue to promote them. These recommendations by the cabal are based completely on western studies. “A report presented at the American Heart Association (AHA) Scientific Sessions 2021 says that the risk of developing acute coronary syndrome (ACS) increases significantly in patients who receive mRNA COVID-19 vaccines”, notes OpIndia with regard to their side effects.

Furthermore, it must also be noted that it has been seen that Bharatiya vaccines have no serious side effects. “Covaxin, India’s first indigenous vaccine for Covid-19, is safe, immunogenic with no serious side effects says leading medical journal The Lancet in its interim efficacy analysis”, said a report by The Economic Times.

Bharat Biotech Chairman and Managing Director Krishna Ella had earlier stated “If Pfizer and Moderna (would) have done a phase-three clinical trial during the second wave, they would not have got the license for the product. When they (Pfizer and Moderna) licensed it, there was (dominance of the) Wuhan strain. So they succeeded in getting 90 percent efficacy but now the same vaccine is showing a 35 percent efficacy in Israel”.

Dr. Amit Thadani had earlier explained why conventional vaccine shots would be better as compared to mRNA boosters. “Early studies on the mRNA vaccines suggested a robust T-cell and B-cell response for developing immunity. However, later studies are showing that this is not the case. While the B-cell response is robust and also dose-dependent, recent studies are suggesting that the T-cell response has not been adequate and in some cases was absent. More worryingly, a study published in Science suggested that the T-cell response is attenuated (suppressed) after vaccination with mRNA vaccines. This has direct implications for medium and long-term immunity”, Dr. Thadani had pointed out.

Dr. Thadani had further stated “While the conventional vaccines stay in the body for a longer duration post-injection, the mRNA vaccines disappear rapidly due to which the latter would require more booster shots. In my considered view, the first dose can be an mRNA vaccine due to rapidity of response and excellent safety profile, but the second and booster doses should be more conventional vaccines”.

Earlier this month, Moderna CEO Stephane Bancel said the efficacy of boosters against Covid-19 will likely decline over time, and people may need a fourth shot in the fall to increase their protection.

Despite such compelling evidence against mRNA vaccines, in her article, Gagandeep Kang recommends booster shots of the UK’s COV-BOOST, Novovax, Pfizer BioNTech, Covovax, and Corbevax.

It is worth mentioning that Kang is a member of the anti-Modi lobby and a Dhruv Rathee fan who had also raised questions on the vaccines approved by the Bharatiya government. Kang wanted to know how the government approved a vaccine that was on trial. “I have no clue. I have never seen anything like this before,” said Kang. She had also doubted the authenticity of the data released by Bharat Biotech and Serum Institute regarding Covaxin and Covishield.