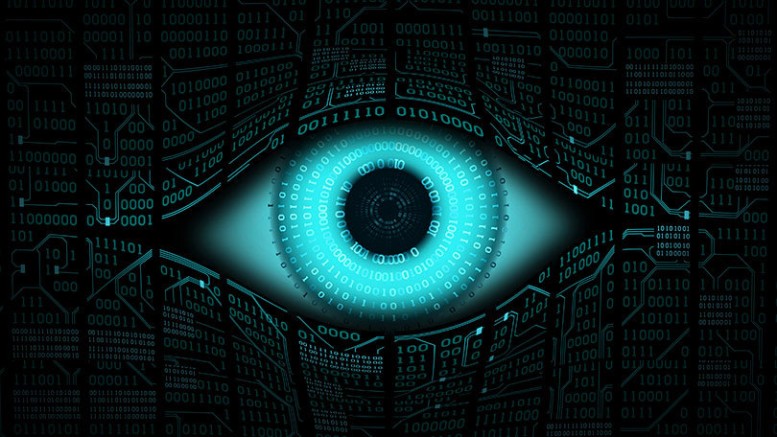 It took the veteran writer and editor, Jug Suraiya, an ex-TOI/Statesman colleague, to ask the only pertinent question on the so called Pegasus Project in the wake of the fake row kicked up by the Left-Liberal (LeLi) brigade with the backing of the usual suspects in the western media: WaPo, Guardian, Le Monde etc.

“Just how private are our supposedly private lives…if you have a smart phone, and very few people are without one…” he asked in a signed editorial in the July 21 edition of TOI. The irony is that Jug is himself a loyal member of the LeLi/Lutyens circuit, albeit personally apolitical in comportment. A certain lightness of being garnished with a wry sense of humor can enable anyone like him to see through the humbuggery and sham pervading much of our public life, the current drama being played out in Parliament and the LeLi controlled media being only the latest.

Those inclined to call a spade a shovel know that keeping tabs on the state’s internal and external enemies holds the key to ensuring the security of a modern state. Questioning its propriety has proved futile time and again in the past since all governments use spying as a security tool. Only the method, degree, and sweep differs. In this case not a shred of evidence has emerged on the Modi regime’s involvement.

What we have is only a report in a viciously anti-government portal, The Wire, that 300 verified mobile numbers from Bharat were among the 50,000 from a 10-country cluster targeted for potential hacking by an Israeli spyware whose sale is confined to government agencies. On the list are   two serving ministers, over 40 journalists, three opposition leaders and one sitting judge besides scores of businessmen and human rights activists in India.

More interesting is the foreign list. Topping it are 13 heads of state, diplomats, military bosses, and senior politicians from 34 countries. The 400 names from UK include a member of the House of Lords, two princesses – and a horse trainer. All in all a disparate mix with nothing more than curiosity value. Sherlock Holmes would have been hard put to finding a connecting thread.

The report was part of a so called global inquiry by 13 international media partners to an investigation conducted by the Paris-based media non-profit organization, Forbidden Stories, and the infamous Rights group, Amnesty International. It is no coincidence that those fronting the “inquiry” have no love lost for the current dispensation in Bharat.

The hand of Amnesty

The mere mention of Amnesty is enough to raise the hackles of nationalists and patriots. The human rights (HR) watchdog was ordered to shut its offices in Bharat in September 2020 on repeated complaints of circumventing FCRA regulations. The body is well-known for poking its nose in the internal politics of countries under the garb of protecting HR. That the whole bust-up over Pegasus’ superb spyware may have been Amnesty’s handiwork cannot be ruled out given its opposition to the Modi regime. HR has over the years become an intensely political business.

The select list of three dozen odd names (released by Wire) comprising journalists, activists, lawyers, and academics whose phones were supposedly infected also belong to those working full time to derail the political career of Narendra Modi since the 2002 Gujarat riots. Damning and defaming him has been their single-point agenda since his days as chief minister.

Fictive scandals have in the last seven years been an excuse to spread venom through well-oiled global LeLi networks in Europe and America. The Beeb, Economist, FT have been willing mediums of transmission apart from the NYT, WaPo, Guardian, and CNN. The government cannot be faulted for claiming that the entire exercise may well be a “fishing expedition” based on conjectures and exaggerations to malign our democracy and its institutions.

Left to their own devices the LeLi lot would have every Intelligence agency banned since their legal existence remains dodgy. Much like the hare-brained campaign to defund the police in America post-Black Lives Matter. A 2013 Guwahati High Court judgement did, in fact, call the Central Bureau of Investigation (CBI) illegal. No amount of verbiage emanating from HR and other bodies on the unbridled power of the probe agency over the personal lives of citizens has pushed the Supreme Court into giving its seal of approval. Strictly speaking, even the Intelligence Bureau (IB) and the Research and Analysis Wing (RA&W) have no basis in law. And yet they remain rock solid pillars of the country’s security apparatus.

Much has been tom-tommed about the government’s duty to protect the privacy of its citizens. But is the state obliged to guard the privacy of those who actively seek to dismember its foundations? Pegasus is a spyware developed by an Israeli surveillance firm, the NSO group, which helps governments to break into the phones of enemies in the interests of internal and external security.

It is no secret that almost everyone on Wire’s select list has been working to pull down an elected regime whose popularity they cannot stomach. None deserves their privacy to be protected. Those protesting the loudest realize the imminent danger of exposure. Law-abiding citizens have nothing to fear even if Pegasus’ no-click spyware is smuggled into their phones.

An NSO spokesperson put it best: “Millions of people around the world are sleeping well at night, and safely walking in the streets, thanks to Pegasus and similar technologies which help intelligence agencies and law enforcement agencies around the world to prevent and investigate crime, terrorism, and paedophilia rings that are hiding under the umbrella of end-to-end encryption apps.”

The group also clarified that   its clients, are confined to “vetted governments” which number 36. The presence of a phone number in the data does not reveal whether a device was infected with Pegasus or subject to an attempted hack. NSO has pointedly denied the database of numbers in the public domain has anything to do with it or its customers.

Which is why the government did well not to be bamboozled into announcing an inquiry given the almost complete lack of evidence on the authenticity of the leaked list.  The LeLi strategy of mounting pressure for a probe, be it the death of Judge Loya, Rafael, has proved a dud so far. None had legs to stand on. Behind each demand lay a single motive: keep the issue in public circulation and earn a few brownie points in the absence of a big stick to beat the government with.

Secrecy is the essence of surveillance and spying. It will be facile to suggest that the activities of internal enemies in the post 9/11 and 26/11 world can be neutralized by sticking to well-established procedures of “lawful” interception of electronic communication during public emergencies or in the interest of public safety in keeping with the due process of law.

The mind of a learned professor or doctor with links to Maoists and jihadis on the payroll of a respected varsity or medical college can be a devil’s workshop, and potentially more dangerous than a terrorist with a Kalashnikov. As technologies get more sophisticated, it is the government’s duty to keep updating its electronic arsenal. No questions asked.

America may not have become the democratic superpower it did without the obsessive security concerns of J Edgar Hoover, the founder director of the FBI from 1935 right up to his death in 1972.  Fear that New York and Washington would be attacked by suicidal Kamikaze planes and dirty bombs accosted him till the end.

In his history of the FBI titled “Enemies” published in 2012, author Tim Weiner wrote: “Hoover is the inventor of the modern American national security state. Every fingerprint file, every DNA record, every iris recorded through biometrics, every government dossier on every citizen and alien in this country owes its life to him. We live in his shadow, though he’s been gone for 40 years…”

Weiner told an interviewer during the launch of his book that Hoover did not want any limits, charter or rules. He wanted the FBI to investigate anybody he thought fit. He was convinced that the Soviet Union was trying to steal America’s atomic secrets, to infiltrate the State Department, the Pentagon, the FBI and the White House. KGB activities proved he was right.

The FBI boss, said the writer, was clear in his mind that “if he was going to attack the enemies of the United States, it was best done in secret and not under law. Because to convict people in court, you have to reveal your evidence, but when you’re doing secret intelligence operations, you just have to sabotage and subvert them and steal their secrets — you don’t have to produce evidence capable of discovery by the other side. That could embarrass you or get the case thrown out — because you had gone outside the law to enforce the law.”

Weiner said Hoover amassed secret intelligence on the enemies of the US. They included terrorists, communists, spies — anyone the FBI deemed subversive. Anti-war protesters and civil rights leaders were later added to his list. They were seen to be the biggest threat to America’s political stability. He had Martin Luther King Jr’s bedroom bugged since he thought the civil rights movement had been invaded by communists which it indeed was.  Much the same can be said for the HR scenario in Bharat today in which commies and jihadis have joined hands.

None of Hoover’s actions against America’s internal enemies took a toll on the nation’s democratic essentials. On the contrary he saved the country from the Leftist onslaught which it faces today in the garb of wokery.

Why then should Bharat turn into a surveillance state if it takes a tough line on tracking its internal enemies by using powerful spyware like Pegasus? The counterfeit LeLi campaign against snooping belongs to just one place: the dustbin.