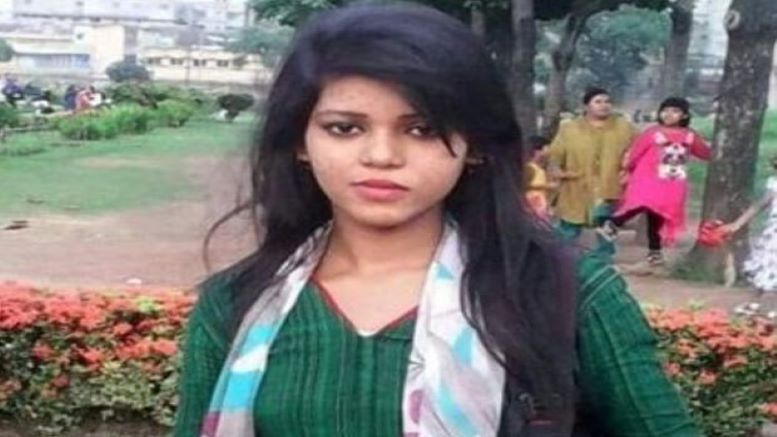 Tithy Sarker, a third-year zoology student at the Jagannath University (JnU) has been missing for the last 6 days now after she was suspended for supposedly making derogatory remarks on her Facebook (FB) page regarding Islam and its Prophet.

Her family members have said that Sarker has been untraceable since Sunday morning when she visited the Pallabi police station before heading to a Durga Puja Mandap. Smriti Rani Sarker, Tithy’s sister has filed a general diary at the Pallabi police station on Tuesday in relation to her disappearance. Station in-charge Kazi Wazed Ali has issued a statement saying the search for Tithy is ongoing and they are yet to trace the girl.

It has come to light that screenshots of the comments made by Tithy on her FB page on the 23rd of October regarding Islam and its Prophet went viral on social media (SM) and her comments are said to have drawn sharp criticisms. Following this, she had been suspended by the university for “hurting religious sentiments”.

Tithy holds the posts of JnU Unit’s convenor of World Hindu Struggle Council and office Secretary of Student’s Protection Council. The Bangladesh Post has stated that Tithy had filed a general diary with the Pallabi Police Station alleging that her FB account had been hacked and the hackers had posted the derogatory comments to malign her image. She had sought police protection following the incident.

Following protests from students of the university asking for her expulsion, Sarker had been suspended by JnU registrar Wahiduzzaman on Monday. Additionally, she had been issued a notice asking her for an explanation within 10 days as to why she shouldn’t be expelled permanently. A three-member committee headed by the dean of Business Faculty Professor Dr. Muniruzzaman has been set up to probe the allegation within three weeks.

“Jagannath University student of Zoology (3rd year), Tithy Sarkar, with roll B- 170604057, mocked Prophet Muhammad on social media platform Facebook and thereby hurt religious sentiments. As per University laws, 2005 wef Section 11 (10), you are suspended from the university until further notice. You should explain within 10 days as to why you should not be permanently expelled”.

In addition to being suspended, Tithy had also been removed from her post as the JnU unit’s Bangladesh Chhatra Odhikar Parishad’s officer secretary.

Tithy who had been residing at a mess near the university had shifted to her sister Smriti’s place at Uttar Kalshi of Pallabi after the Covid-19 pandemic had struck enforcing lockdown. Family members have alleged not only had Tithy’s cellphone connection been suspended but police had also visited her sister’s residence to call upon Tithy to visit the police station.

OpIndia has stated that the worried family members are hoping for the safe return of Tithy. In the meanwhile, it has come to light that ever since Tithy went missing her father’s health has deteriorated and he had to be hospitalized.

SI Tariur Rahman Shuvo has said that the higher authorities have been apprised of the situation and the search for Tithy was underway.