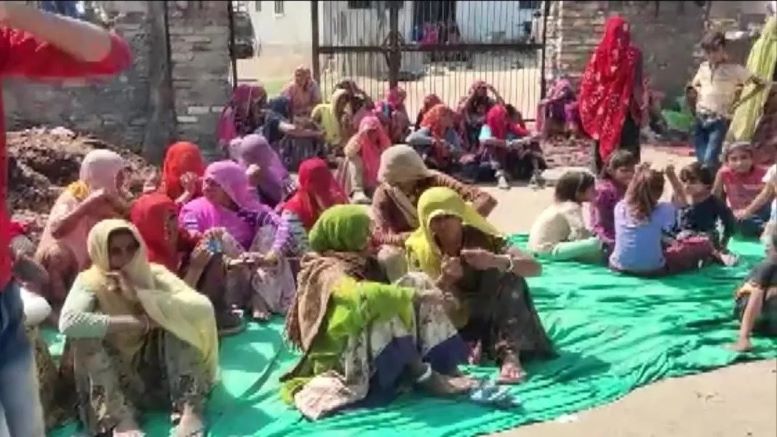 A woman teacher has been accused of distributing anti-Hindu literature in a school in Rajasthan’s Bhilwara. The incident took place at a government higher secondary school in Rooppura of Bhilwara’s Asind subdivision. The villagers protested against the teacher by locking the school and demanding her suspension. As per available information, the Education Department has served APO (Awaiting Posting Order) to the teacher identified as Nirmala Kamad.

On her part, Kamad has resorted to playing the Dalit card by alleging that she is being falsely accused and harassed by the villagers. Angry villagers have, however, accused her of distributing the anti-religious book and in view of the sentiments of the villagers, the Education Department has initiated an investigation into the matter.

The case came to light when a student of standard 11 flagged the matter and said that a book carrying the anti-Hindu quote by Nehru was given to him by Kamad. The book is titled “Hinduism: Dharm ya Kalank” (Hinduism: Religion or a blot?). The quote in reference says “A Hindu is certainly not accommodating and tolerant. There is no one more petty/parochial than a Hindu in the whole world”.

The matter was brought to the attention of the authorities following which the Education department formed a committee to investigate the allegations. Furthermore, the principal Mukesh Kumar confirmed to the media that a complaint in the matter had been raised by sarpanch Sonia Gurjar’s father Manroop Gurjar as well. As the villagers undertook demonstrations Chief District Education Officer Brahmaram Chaudhary stepped in and issued the APO to Kamad. At the same time, the Additional Block Education Officer of Asind Bhanwar Lal Sen pacified the villagers and convinced them to let the gates of the school be opened.

According to the statement given by the teacher to the media, she is being targeted because of her caste. “If I maintain the car, then they think that how can I move forward being an SC. Pressure is being created on me by making baseless allegations of distributing the book. At present, the department is probing the matter”, she has been quoted as saying.