The Speeches and Preachings of Palani Baba – Part 2 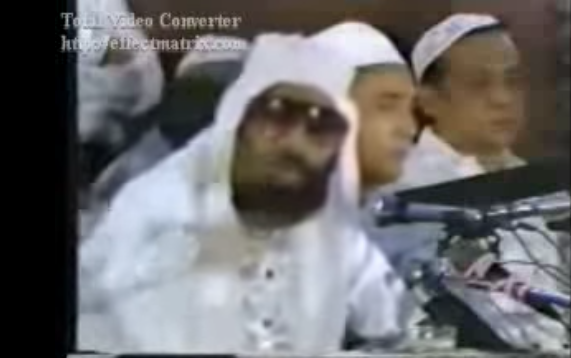 Much has been written about the process and methods of radicalization of Muslims in this age of ISIS and Al-Qaeda. Intellectuals and politicians alike are eager to lay the mistake at the door of Saudi Wahhabism, funded by oil money, radicalizing by appropriating the tools of modern technology, namely, the Internet and mobile technologies.

A rare few are aware of earlier radicalization programs that were carried out in other places and times.

Here, we attempt to bring to you the thoughts and techniques of radicalization by Palani Baba, a charismatic radical preacher, who travelled the length and breadth of Tamil Nadu in the 1980s and 1990s. He was murdered in 1997, presumably by a group of Hindu extremists.

Approach to Mobilization of the Faithful

Always, the preaching of a ‘purer’ brand of Islam was but a means to an end – creating a motivated populace from which to draw soldiers.

The end purpose, though stated in terms of opposition to a secular Bharatiya State, is quite clear in its unstated goal – The establishment of a State for Muslims, replete with sharia law. The means is also through conflict and striving, i.e. jihad. He is also quite clear when he says he is not looking for a groom for his daughter. He wants to find young men of violent nature for conflict.

Many of the inheritors to Palani Baba’s legacy frequently side with Dravidianists and claim to be inheritors of a Tamil tradition and as co-nationalists in a Tamil nation, who just happen to be Muslim. This is directly in conflict with the notion of Qom that Palani Baba preaches. In one of his speeches he refers to M A Jinnah, the founder of Pakistan, as ‘our’ Jinnah, simply because he belongs to the same fraternity of believers.

Most theories of radicalization – of poverty, disenfranchisement and educational disparities – automatically go out of the window. This was before the Babri Masjid era, when the Ram Janmabhumi movement had begun to be a means of Hindu mobilization, but whose effects were little seen deep in the South.

Living among kaffirs is seen as a situation akin to living among fire. Striving among non-Muslims to establish a Muslim state is the highest goal. He also exhorts young men, brandishing a sword, to kill anyone who dares insult Islam.

He speaks about the need to teach non-Muslims Islam and convert them to Islam. Keeping the truth of Islam to oneself is selfishness. The way his speeches approach Hindu Dharma is quite in keeping with Dravidian political approach – he neatly divides Hindus into Brahmins and non-Brahmins. His antagonism is clearly towards Brahmins, a class, whom in the 1980s were seen as outsiders and against whom there was significant amount of prejudice in Tamil society.

In the same breath, he mentions the Hindu veneration of the cow. ‘To you, it is holy. To me, it is no more than a clod’. One of his speeches contains a diatribe full of misquotes claiming Vedic literature included sacrifices involving eating dogs and human beings.

Here, we again see the classic approach of an Islamist –demand respect for their beliefs at the point of the sword, and always keep the kufr on the defensive. The slaughter of the cow is seen as a means to maintain the asymmetry in the relationship with the non-believer, where the non-believer has to give in to Muslim’s demand for respect, but where the Muslim is not obliged to reciprocate. Also, here he always describes the Hindus whom Islam is seen in opposition to, as ‘Brahmins’, never Hindus.

In one of his speeches he is presented with a sword and he openly speaks of the need to bear arms, since he is looking for war.

It is indeed interesting that in Tamil Nadu, a State that had relatively few riots, only mild rivalry between Hindus and Muslims and a long history of co-existence, people would speak of war and conflict.

He complains of poor support from the judiciary and the press. Key cases he uses are cases against cow slaughter, the petition in Calcutta High Court against the Quran and the Ram Janmabhumi case.

He comes across as a keen observer of the judicial system in place in the Bharatiya State. Two of his observations that bear this out –

His approach to the State is one of co-operation on a need basis, i.e., as long as core interests of the faithful are not compromised by the State. He frequently exhorts on the need for unity among believers as a primary strength in any negotiations with the State.

In this two-article series (first part), our intention has been to demonstrate the universal nature of radicalization of Muslim populations. The message for radicalization need not be imported from outside a population, but is found in the very core of Islam’s teachings.

Even if a Muslim population is not disadvantaged with respect to the surrounding population of non-believers, it is not difficult to create a narrative of victimhood and build a radicalized corps of jihadis.

The ranks of jihadi outfits are populated through the work of such itinerant preachers rather than highly visible networks. It also becomes very difficult for a secular state to identify, isolate and neutralize their message, given the viral and grass-roots nature of the message.

Today’s jihadi core of Tamil Nadu was synthesised from the youth of the 1990s that rallied around this man’s preachings. Thus, as an original source, the preachings of Palani Baba form an excellent guide to understanding the process and results.