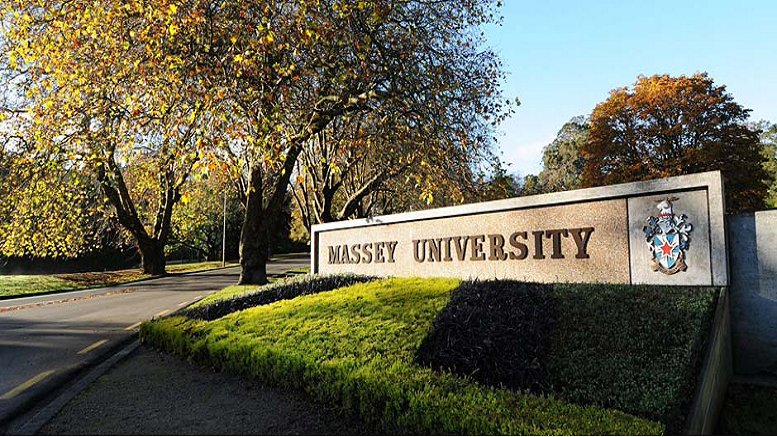 Over the last few weeks, Hindus in Aotearoa have been actively trying to engage with Massey University to raise concern and issue regarding a publication promoting Hinduphobia and Hindumisia. The paper titled ‘Cultural Hindutva and Islamophobia’ was authored by Prof. Mohan J. Dutta, Dean’s Chair Professor in Communication, School of Communication, Journalism and Marketing, Massey University.

In the publication, Prof. Dutta has made several accusatory, and unsubstantiated assertions against Hindus and in particular the Hindu community living in Aotearoa New Zealand. He has drawn many false equivalences which attack the cultural and religious practices of Hindus and painted the Hindu community in a very poor light.

After no response from the University for more than a week, the Pro Vice-Chancellor and Dean of Massey Business School, Prof. Stephen Kelly sent a pitiable response which did not address any of the
key issues raised.

In the response letter, to all organisations, Massey University sent references and “website links” of various groups who have open biases, who are Hinduphobic and are known for publishing Hindumisic content. Many of their hypotheses and work have already been disproved by leading academics in the field of Indology.

The numerous Hindu organisations writing to the university raised similar yet different issues – impact on Hindu youth, impact on Hindu community at the grassroots level, impact on celebrating festivals, arts, impact on Academia etc. They all called for different actions from the university. However, the response from Prof. Kelly to each of the Hindu groups was a ‘cut-and-paste’ identical response – with many parts of the email absolutely irrelevant to the issues that the Hindu groups had raised.

Such an apathetic and insensitive email makes it appear it was written by vested interests at Massey University who were interested in advancing their Hindu-hurting agenda. This letter had the sign of endorsement of Prof. Kelly.

The hurt to the Hindu community did not stop here. The bigger shock in the spread of this Hindumisia came in the form of Massey University cosponsoring a controversial conference “Dismantling Global Hindutva” – an event aimed at vilifying the global Hindu Community.

The University’s premise for co-sponsoring the Dismantling Global Hindutva (DGH) Conference was that it was about targeting Hindutva and not Hinduism. This was the same false representation that was communicated by Massey University in their email response. Prof. Kelly states “It is essential to note that the conference makes it absolutely clear that Hinduism is not Hindutva.”

“I say all this to emphasise without hesitation that Hindutva is indeed inseparable from Hinduism and arguments of ‘Hindutva is not Hinduism’ are deeply dangerous…. they will not take us to the future we desire”

On the final day of the DGH event another attack was made on Hinduism and the Hindu community by another speaker, Shana Sippy:

“As scholars of religion, we see how Hinduism is deeply intertwined with Hindutva….. Hindutva is IN FACT Hinduism.”

This is the exact concern Hindu Council of New Zealand was trying to raise with Massey University – to help inform the University that under the name of academic research there is another agenda at play – of maligning the Hindu community. However, as the University made very clear in their email – it was their academic freedom to do so.

It especially puts Hindu students at risk. Some students have already started to consider choosing other institutes of higher education as Massey University is openly endorsing Hinduphobia and they would rather go to a place that did not marginalise Hindus. The students are also becoming increasingly concerned about having to discard their Hindu identity for the fear of being vilified by staff who are promoting such bigotry.

Upon understanding the political and partisan ideas promoted by the DGH conference, there have been a number of prestigious universities who had withdrawn their sponsorship to the conference. It is a shame that Massey University did not care about the impacts on Hindu students and staff prior to sponsoring the conference. The psychological and professional impact of such misjudgement will be felt for several years to come.

Call to action by Hindu Council of New Zealand

In Hindu Council of New Zealand’s first letter to the University it was emphasised that academic freedom is important, and that Hindus do not promote ‘cancel culture’. However, it is the responsibility of Massey University to ensure their staff exercise their freedom of expression with sensitivity, or at the minimum within the framework of the University’s own policy on Academic Freedom and Freedom of Expression.

The co-sponsorship of a conference that promotes hatred towards a community can never be mana-enhancing. Massey University’s actions have had serious negative repercussions on the welfare of Hindus in New Zealand. The welfare of Hindu students and staff at Massey University has not been prioritised. Neither is this laying the foundation for positive and enduring relationships with an entire community.

“But we must also be aware of the impacts of speech that might silence, stigmatise and victimise, especially in relation to ethnicity/’race’, gender and sexual diversity, religion, national origin, ability or age, or other identities (as appropriate).”

The cosponsoring of a conference that promotes hate towards Hindus is in direct contradiction to the above policy. The Hindu community have been let down by the University.

(This press release was provided by Hindu Council of New Zealand.)