Karnataka’s temple takeover : BJP must clarify its stand on temples and stick to it 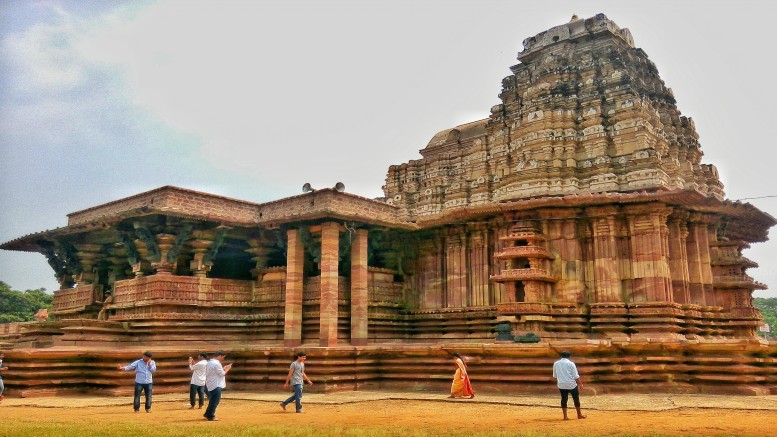 In the run up to the Karnataka elections 2018, the Bharatiya Janata Party publicised its manifesto as BJP’s vachana(promise) for Karnataka. One of the promises was related to temple administration. BJP promised to:-

Ensure that the revenue of temples is used only and fully for expenditure on temples and related religious activities#BJPVachana4Karnataka pic.twitter.com/7RareHHFyH

Government control of temples has always been a contentious idea. The law and constitution allows the state government to control “secular aspects” of Hindu temples. This means the administration of temple would be in the hands of a group of people nominated by the government, which often include government officers. However, interference by the officers in religious aspects is not unknown. Last year, we saw such an instance in Himachal Pradesh. The judiciary too unnecessarily interferes in the religious aspects of temples.

Curiously, in our secular republic, only Hindu temples are subject to such tyranny. There is no such govt control over mosques, gurudwaras or churches etc. Even among Hindus, temples established by politically powerful religious figures do not come under government control. It is only the ancient temples of Hindus, that are found fit to be put under the babudom.

This leads to a situation where even temples who have ample resources, like Tirupati Balaji or Padmanabhaswamy, are not able to spend the money for benefit of Hindus. Thousands of crores of money donated by Hindus is kept in banks, effectively lending it  to the government. The money could be used to open new temples, run veda pathahalas and schools for benefit of Hindus. However, as the management is in the hands of government, how can a secular government help only Hindus?

In 2015, the then Congress government in the state of Karnataka had issued a circular mandating registration of all private temples. In November 2020, the BJP government followed suit and on November 4 issued an order making registration of all temples, other than those under the Muzrai department, mandatory as per the Karnataka Hindu Religious Institutions and Charitable Endowments (Amendment) Act.

The circular mandated that all private temples should disclose details of movable and immovable properties (gold, silver ornaments and other valuables), annual audit report etc within a month. The circular also warned of action against the temple management if the information was not furnished. Th VHP in Karnataka protested against this.

In February 2021, on being asked about the same Muzrai minister Kota Srinivas Pujari declared that the government did not intend to take over private temples and the registration order was based on old 2015 circular, which would be reconsidered.

Curiously, the BJP bats for independence of temples when it is in opposition. However, as soon as it comes to power, it does exactly the opposite. In Tamil Nadu, the BJP has been batting for removal of government from temple control, while in neighbouring Karnataka, it has done nothing of the sort despite promising the same in polls. Worse, it has taken over more temples. It floated an idea of handing over the temples to a group of saints and Hindu scholars, but no concrete result came of it.

In Uttarakhand, it actually took 51 temples, including Badrinath and Kedarnath, under government control. That act has been in complete contravention of its stance in Tamil Nadu and had no moral or dharmik justification. Despite massive protests in the state, the state government has not changed its stand as of yet.

The video is of this week when a BJP leader was heckled by the public on the temple control issue. He is said to be a protege of Satpal Rawat, self styled Godman who goes by the name “Satpal Maharaj” and is also the minister incharge of Tourism and Devasthanam in Uttarakhand.

BJP should have a consistent national policy on Hindu temples all over the country. Political opportunism, specially in religious matters, might provide short term benefits, but in the long term it would show the party in bad light and make it difficult for the people to trust it.