Free darshan for the backward- TTD dividing devotees in the name of countering conversion? 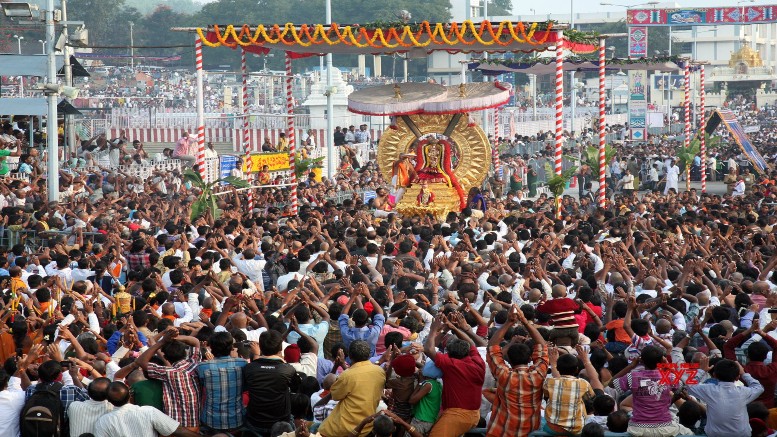 As per media reports Tirumala Tirupati Devasthanam(TTD) has announced that 1000 devotees from backward classes will be brought to Tirupati temple for free. Office bearers of TTD informed media that these devotees will be provided free transport, accomodation and food and will be brought to have darshan of Shri Venkateshwara swami during Brahmotsavam.

TTD had built 500 Srivari temples across the state in 13 districts as a part of its “efforts to propagate sanatana dharma in places where conversion is rampant“. In this regard the TTD is set to operate 30 buses from these 13 districts to bring 1000 devotees everyday from October 7-15.

Special consideration has been given to Visakhapatnam and East Godavari districts ‘as they have remote and tribal areas‘, as reported by TNIE, and 20 buses will be operated from there to bring the devotees to Tirumala. They will be able to get free darshan on Srivari Brahmotsava and will also be taken to get darshan of Sri Padmavathi Ammavaru in Tiruchanoor.

While the effort to help those who cannot afford to travel long distances is commendable, how TTD plans to choose deserving devotees is unclear. Media reports do not give a clear picture either as some say the scheme is for “backward classes” while others say it is for “backward areas”.

If it is based on caste, the question of why only selected communities are deserving of getting this free service arises. If it is for backward areas then it raises the question on how those living in developed areas are less devotional or less deserving. To understand the seriousness of the issue, one should look at the statistics.

After the pandemic broke, Tirupati Balaji temple has been mostly closed for darshan. When it was allowed to be opened by the government, it was with the aim of earning money as only paid, special darshan tickets were sold. Free darshan tokens called Slotted Sarva Darshan(SSD) were completely stopped. Only those with a little better economic status could afford to visit the temple since April.

Only last month, free darshan was resumed, after much criticism about only allowing paid darshan, and yet only locals from Chittoor district were allowed. At that time when TTD decided to issue 2000 SSD tokens per day, the tokens were exhausted in a few hours. Devotees had appealed to TTD to increase the number to 5000 as it was allowing more than 20,000 devotees under paid darshan, VIP darshan and other schemes.

Later TTD decided to issue SSD tokens online as the offline mode drew crowds and increased the possibility of Covid-19 virus spreading. When TTD released 2.8 lakh SSD tokens for free darshan online, all of it was booked in just 30 minutes. So many devotees, deprived of Venkateshwara’s darshan, have been waiting for TTD to resume free darshan. How do these selected few from Andhra alone qualify better for this scheme? It affects devotees waiting for SSD tokens because TTD limits how many devotees can have darshan per day.

Many devotees, including those who buy Rs.300 tokens, aren’t really economically well off. Most who visit from long distances choose the paid darshan option so that they can visit at the scheduled time and return as they cannot afford loss of pay. There are devotees of Shri Venkateshwara swami who save money from their childhood to have his darshan one day.

So while it is commendable that TTD is taking measures to counter conversions, putting Hindus in conversion prone areas above other Hindus is not only discrimination, it is also an insult to their devotion. If the devotees are chosen based on caste, then it is the YSRCP government with a Christian CM showing its hand through TTD.

Lakhs of Hindus wait in the Vaikuntam complex and in the queues for days to get darshan of Venkateshwara. None of them wonder or inquire which caste each other belongs to. None of them know what caste the devotee sitting, standing next to them belong to. Introducing such a scheme will only sow discord among Hindus.

Twitter users who came upon this news felt aghast at TTD’s attempts to drive wedge between Hindus where there is none and raised similar queries.

Despite claiming to work towards abolishing caste and achieve equality, governments are only strengthening the divide through such initiatives. Governments and political parties may do it for electoral gains but it is the responsibility of Hindus to oppose this tooth and nail.

BJP MLA files plea to include Kayasthas in OBC list