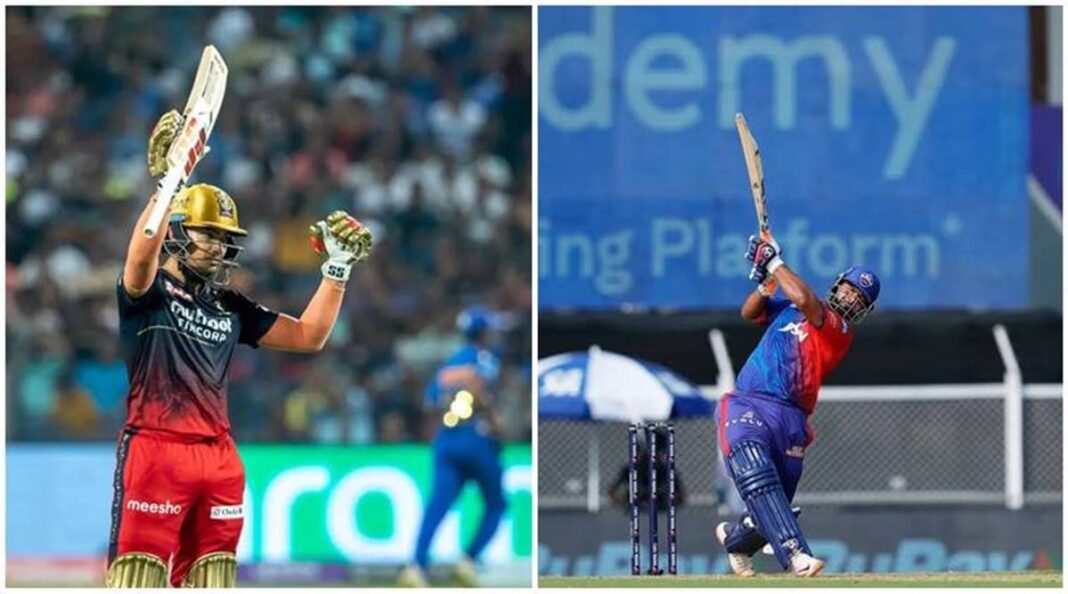 Hindu festival greetings by cricketers and other celebrities are often laced with some underlying social messaging and finger-wagging at Hindus. So it was refreshing to see a simple Ram Navami greeting by two young cricketers: Rishabh Pant and Anuj Rawat.

So there we have it – even invoking the name of Sri Ram is ‘hate-mongering’ for these Islamists, who want Hindus to not even speak up when the daily call for Azaan and ‘Allah-o-Akbar‘ (Allah is the Greatest) blares out from illegal mosque loudspeakers 5 times a day.

For a change, a sports website also came forward to slam this Islamist bigotry, unlike the more secular-leaning Cricinfo and Cricbuzz who turn a blind eye to such bigotry directed at Hindu cricketers but frantically cover the fake narrative peddled by Pakistani handles that Md. Shami was ‘trolled for being a Muslim’, a topic on which virtue-signaling former captain Virat Kohli had also lashed out at Hindus without reason.

The @iam_moinsk handle’s display name is ‘Moin shaikh’ and declared age is 21-22. The account was created in Aug 2016, and he has posted over 7500 tweets, showing he is a regular on the SM platform. The display profile shows the hate-mongering, violence-inciting thuggish AIMIM MLA Akbaruddin Owaisi, younger brother of the slightly more articulate Islamic supremacist Asaduddin Owaisi, waving to a crowd.

For this Islamist bigot, even a Hindu festival greeting is equal to ‘spreading hate’, so deep is his indoctrination. It is no wonder that Hindu cricketer Liton Das faced abuses and hateful trolling in Muslim-majority Bangladesh for sharing Durga Puja greetings on social media in 2018. Back then, one bigot had posted, ““Liton, majority of the people in Bangladesh is Muslim and praying to idols is forbidden in Islam. You have hurt the Muslims by posting a photo of Durga on your Facebook account. So think of yourself as a Bangladeshi and not as a Hindu”!

This is the same extremist mindset which can be seen all over Bharat, and fanatics like Moin Shaikh are just waiting for the demography to shift in their favor. Then, we can be rest assured that events of Kashmir, West Bengal, Kairana, Delhi’s Sundar Nagari, Bharuch, Malpura in Tonk, Rajasthan, will be repeated all over the country.

A quick glance at Shaikh’s TL will leave no doubt of what Islamists like him are planning for:

1.) Dreams of emulating what Erdogan did with the Hagia Sophia in Turkey, i.e. recapturing and demolishing the upcoming Ram mandir at Ayodhya to rebuild the ‘Babri masjid’ that Babur’s general had built in the 16th century after destroying a grand Hindu temple (this is the exact same call that mainstream Muslim outfit AIMPLB had given to Muslims, by the way).

2.) Idolizing the Mughal tyrant Aurangzeb, and falsely claiming he was the first to establish ‘Akhand Bharat’. For Islamist illiterates, history began 1300 years ago and, one guesses, madrasas don’t teach them anything about ancient Bharat during the time of Mahabharat, followed by the empires of Chandragupta Maurya, Ashoka, the Gupta empire etc.

3.) Declaring the The Kashmir Files a ‘flop movie’ despite its clear commercial success, calling it a ‘fake story’, and declaring all those going to see the movie a ‘terrorist’ (uncanny consistency of message from Islamists to ‘secular’ politicians like Kejriwal)

4.) Wishing for Muslim domination so Hindus can be reduced to minority-status – this was in response to a tweet by BBC Hindi on the recent submission by center in Supreme Court that Hindus can be granted minority status in the states where they constitute a minority (presently, Hindus are denied this benefit in states and UTs like J&K, Punjab, Mizoram etc)

Such Owaisi fanboys and fangirls are very clear about their end goal. Hindus should not harbor any illusions – the history of 1921 Moplah riots, 1947 partition pogroms like Naokhali and Great Calcutta killings, Hyderabad Hindu genocide by Razakars, 1989-90 Kashmiri Pandit genocide will keep repeating till we change the fundamental anti-Hindu nature of the Indian state and create a modern Bharat, where Hindus and all Dharmics are given special protections and privileges to maintain the integrity of the nation and defeat Hindu-hating genocidal fanatics who dream of a post-Hindu India.