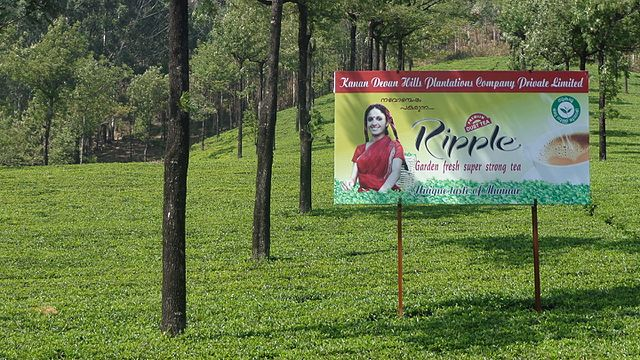 Tamil media has reported an attempt at forced conversion to Christianity from a tea plantation owned by Ripple Tea from Munnar, Kerala.

Gopi, son of a deceased cancer patient named Rani who worked at the Kanan Devan Hills Plantations Company Private Ltd. (KDHP), complained to the Kerala Chief Minister, alleging that KDPH management refused pension benefits. They denied her benefits since the family refused to convert from Hindu Dharma to Christianity, he alleged.

Unfortunately for Rani, she was diagnosed with cancer in November 2019. Even though she had worked for privately-owned KDPH for 34 years, they refused to help her. Gopi borrowed 12 Lakh rupees for her cancer treatment but could not save his mother and Rani passed away in December 2020.

Gopi then approached KDPH management for the deceased employee’s death benefits. The same management who refused any financial assistance when Rani was alive refused to pay Gopi his mother’s death benefits. A nexus exists in the high ranges of Kerala, where most of the private money lenders are related to the church. They allegedly started pressuring Gopi to pay up or face the consequences.

Some plantation estate officials approached Gopi again and asked him to convert to Christianity with his family. The family who had earlier refused when they needed help for Rani, stuck to their stand this time too. It is alleged that it is common practice in not just KDPH but all colonial-era tea and rubber estates in the high ranges of Kerala. The Christian conversion mafia is rooted in the region, and tribal Hindus are their primary targets.