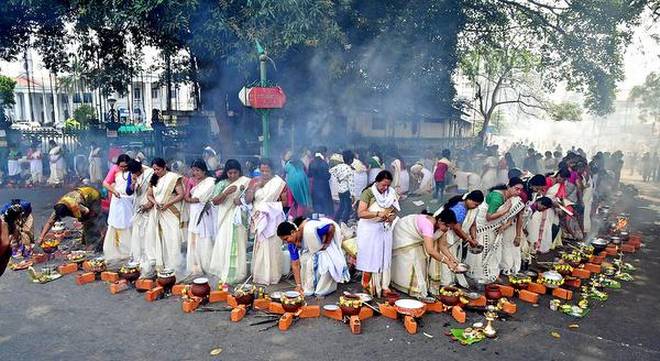 While the Covid-19 virus is subsiding over the rest of Bharat, numbers are going the wrong way in Kerala. With a record number of cases being confirmed with each passing day, the future looks bleak for a state reeling from multiple maladies (first Nipah virus and successive floods) in last few years.

Around this time last year, when the Covid pandemic began, Kerala started off on a bad note. The first cases to be reported in Bharat were from Kerala. By the time the lockdown ended in June, multiple publications were hailing the Kerala Model as a success. Awards and praises were being showered on KK Shylaja, the Minister of Health in the Pinarayi Vijayan led communist government. However, on the ground, things were fast spiralling out of control.

Shylaja came to prominence in 2018 for her handling of the Nipah Virus outbreak which affected Kozhikode and Malappuram. It lasted three weeks and the local health services were able to curtail the virus swiftly. This time around health services failed badly. Dissent among the medical community is rampant and it is being crushed the way only Communists can, with an iron fist.

At the start of the Covid-19 pandemic in Kerala, it was Shylaja who was appearing all over the local, national, and international media explaining the policies of the government. Within a matter of days, she was sidelined and was replaced by Pinarayi Vijayan himself. He started his one-hour sponsored live telecast on all local TV stations. These channels and newspapers were being paid by the government (using public exchequer funds) to publicize false propaganda. Nowhere else on earth has the pandemic been used for party propaganda (rather shamelessly) so effectively like it is being done in Kerala.

In a major embarrassment for the state government, the same news agencies that were heaping praise have now started to understand the hollowness of the situation. They too have now begun questioning the Communist position on corona policies. With a test positivity rate currently hovering around 12% consistently against neighbors like Tamil Nadu, Karnataka, and Andhra Pradesh clocking less than 1%, the situation looks grim. Interestingly, all four states test around fifty thousand samples on a daily basis.

The Union Ministry of Health is now rushing high-level teams to try and combat the virus in Kerala. The last time the team arrived, it was decided that testing would be ramped up to one lakh a day. That never happened and it has been almost one month. Testing at best is scratchy, especially during weekends when numbers barely hit the thirty-five thousand mark. NRIs arrive and depart but no one seems to take the quarantine seriously.

A depleted police and health department seem hapless and helpless. Tourist spots, beaches, places of worship belonging to particular communities have all been opened up to the public. This was evident last week at a gathering near a mosque at Tirur near Malappuram.

Meanwhile, temples are under strict supervision and tight government control, especially with regards to the number of devotees who are allowed. Sabarimala Temple attendance which used to see lakhs of devotees daily was restricted to five thousand per day. The latest festival to be totally abandoned is the famous Attukkal Pongala.

The festival at Attukkal Temple situated near Thiruvananthapuram is the largest annual gathering of women devotees in the world and attracts women from far-flung places. A 10-day festival, devotees attend the festivities and offer Pongala to Goddess Bhadrakali. Pongala is prepared by cooking rice, jaggery, ghee, and coconuts on open flames. Those who come in search of prosperity and salvation are never disappointed. All the government had to do was arrange for the Pongala preparations keeping social distancing norms in mind. As expected they canceled the whole event this year and have asked devotees to prepare Pongala at home.

Devotees see this act of banning the Pongala this year as a transgression on the faith and belief of crores of Hindus. To expect better from a Communist government that has in the past tried its best to defile Sabarimala temple by escorting women activists from dubious backgrounds seems imprudent. In its last days of existence, this government is upholding its minority appeasement policies, all at the expense of Hindu customs and beliefs.