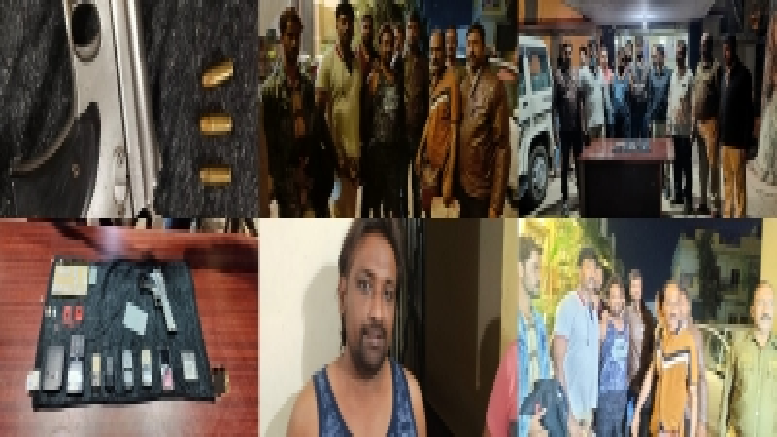 The Karnataka Police have arrested one of the most wanted Mumbai gangsters, Iliyas Abdul Asif a.k.a Bhackana, in an early morning operation here on Tuesday.

According to police, the accused was wanted by the Mumbai Police in 37 serious crimes — murder, attempt to murder, extortion, robbery and drug cases.

The team headed by Bengaluru Rural Superintendent of Police (SP) Vamsi Krishna, Additional SP Lakshmi Ganesh and Anekal Deputy SP M. Mallesh got information about the accused person staying in a private restaurant following which a special operation was conducted.

At the time of the arrest, the accused was holding a loaded gun, but the team managed to overpower him. The police have recovered four live bullets, one pistol, 15 SIM cards and six mobiles from the accused person.

The accused was also wanted in a case of assault on businessman Sikandar Raju Luladia with an iron rod at his office in Mumbai. The accused was in hiding in Karnataka after the Mumbai Police intensified search for him in the city and other parts of Maharashtra.