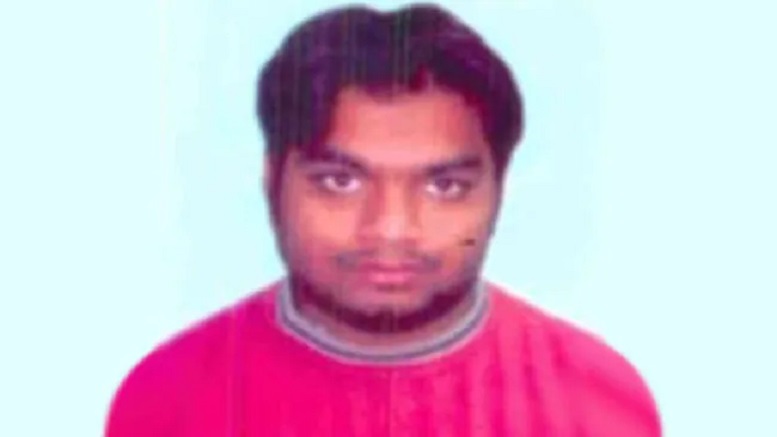 A Delhi court has sentenced Indian Mujahideen terrorist Mohammed Ariz Khan to death for the murder of Delhi Police Inspector hutatma (martyr) Mohan Chand Sharma during the Batla House encounter that happened in Delhi in September 2008. A fine of Rs. 11 lakh has also been imposed on Ariz.

Head Constables Balwant Singh and Rajbir Singh were also injured in the encounter, in which two terrorists named Atif Ameen and Mohd. Sajid were eliminated. Another accused, Shahzad Ahmed was convicted to life in prison in 2013.

Ariz who was on the run since the incident happened was finally nabbed from near the Bharat-Nepal border, by the Delhi police in 2018. He had acquired a false Nepali identity using a fake passport and citizenship and was living as Mohammed Salim.

That a highly decorated warrior Mohan Chand Sharma of the Delhi police was martyred and others of the police party were injured, and that they did not even have adequate bulletproof jackets and weapons, was swept under the carpet at the time, and the encounter was anointed ‘fake’ by ‘secular’ leaders.

On that fateful day, Inspector MC Sharma led a team of officials to capture Islamic radicals who were suspected to be involved in the serial bomb blasts that shook Delhi just days before. Yes, unlike recent years, it was a dark period in our history when bomb blasts all over Bharat were the order of the day. The terrorists who were holed up in a flat in Batla House area of Jamia Nagar (the same suburb of Delhi where the violent anti-CAA protests originated) shot at and killed and injured many in the police raiding party.

Inspector M.C. Sharma was one of the finest officers Delhi Police has produced, winning 6 bravery medals. He was part of the Special Cell for over a decade, where he is credited with helping to kill 35 terrorists, and arresting 85. He was involved in important cases like 2002 Parliament attack.

What happened later didn’t surprise many. The rulers were busy trying to paint a picture of a ‘fake encounter’. They even used the media and so-called ‘human rights activists’ to go to court, leveling allegations. How could they forget that an officer had lost his life while two head constables had been injured? Why would anyone get hurt if this was all previously planned?

The blame game began and the Communists, the Congress, the Samajwadi Party, and an assortment of political wannabes joined in the anti-Bharat slander in a mad rush to appease fundamentalist Muslims. That the same leaders are still amidst us, with some even ruling us, is astonishing.

The Congress was in power at the center and at the time, it was Law Minister Salman Khurshid from the same party who openly admitted that his supreme leader Sonia cried uncontrollably when he showed her the photos of the encounter and the dead terrorists, and apparently, she asked him to speak to the Prime Minister to take further action ie. judicial inquiry.

The countless flip-flops that followed were more of a comedy of errors for the Congress party. Digvijay Singh was at the forefront where he had to openly lie about his earlier statements, as per the mood of the nation. He started off by claiming it was a ‘fake encounter’ and wanted a judicial inquiry, then made a U-turn and denied the same, and again went back to the original story, on multiple occasions. That the then Congress Home Minister P Chidambaram denied any foul play, was probably a small crumb thrown towards law-abiding citizens, and a typical Congress good cop-bad cop maneuver. It would be good if Chidambaram also explains why he changed his own ministry’s affidavit to give a clean chit to LeT suicide bomber Ishrat Jehan?

Arvind Kejriwal milked the ‘fake encounter’ story to his best. He went to extreme depths to whitewash the terrorists who killed a police officer and were also likely responsible for serial bomb blasts in Delhi. Astonishingly, his party rules Delhi now. Will the recent court order make him take moral responsibility and step down?

Mamta Banerjee used the ‘fake encounter’ theory to pander to her Muslim vote-bank. So confident was Banerjee that the encounter was ‘fake’ that she said she would quit politics if proven otherwise! Now that the court has ruled, will she stick to her word? The Samajwadi Party and its leaders also peddled the fake encounter lies especially during elections in districts like Azamgarh where there is a sizeable Muslim population.

That the encounter was genuine is now proven. But the original crime which led to the Batla House  shoot-out, the serial bomb blasts in Delhi that claimed 26 innocent lives and injured 135, is still dragging on in our courts. Last heard, conspiracy and terror charges were framed in Feb 2018 against IM co-founder Yasin Bhatkal and his associate in a Delhi Court.