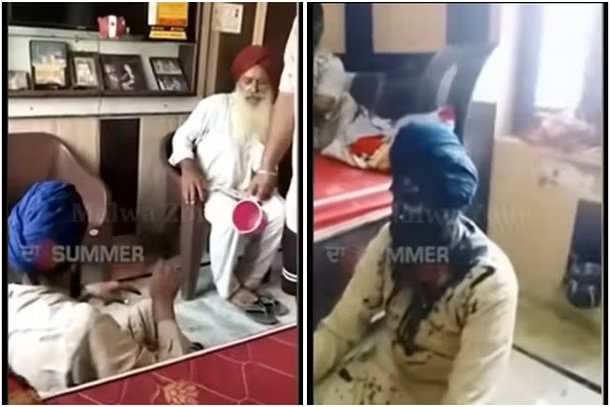 A Granthi of a Gurudwara in Malerkotla District’s Abdullahpur Chuhane village belonging to the SC (Dalit) community was assaulted reportedly by upper caste Sikhs. The incident took place on August 14 and the victim has been identified as Hardev Singh. After the video went viral on social media, Malerkotla senior superintendent of police recorded Hardev’s complaint.

A police case has been registered at Sandaur police station based on Granthi’s statement. Two of the five accused named in the complaint have been arrested. Two brothers and the Gurudwara committee’s president and treasurer are among those who have been booked in connection with this case.

Singh said the attackers blackened his face and also forced him to drink urine. In his statement to the police, when he resisted their attempt to force him to consume urine, they collected urine in a mug and hurled it at his face. The Granthi further informed the police attackers also recorded the incident and circulated the video. The accused, on the other hand, have alleged that the Granthi used to regularly call up a woman in the village.

“A similar incident was reported from Punjab two years ago in November 2019, when a Dalit man was allegedly forced to drink urine and assaulted. Jagmale Singh, 37, had an argument with upper-caste Sikhs of his locality. He later died of the assault. The National Commission for Scheduled Castes took suo moto cognisance of the case citing brutality”, notes SwarajyaMag.