Kerala: Hindu boy who had married a Muslim girl attacked by Islamists for refusing to convert 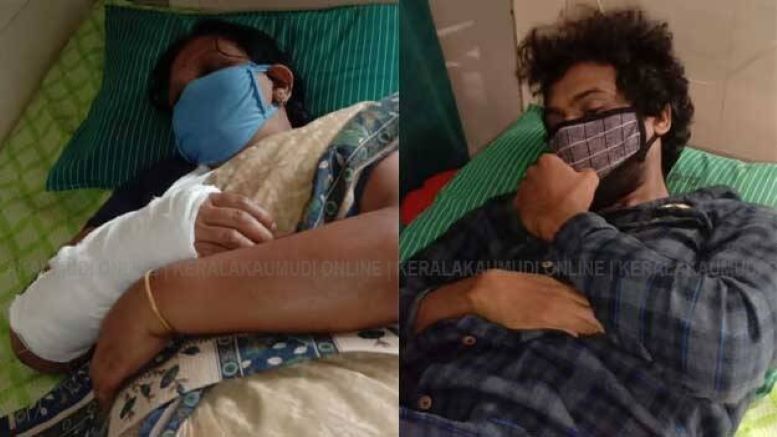 Islamists in Kerala attacked a Hindu boy Abhinanth and his mother Lekha for refusing to embrace Islam after having married a Muslim girl. The Organiser report states that attackers have broken Lekha’s hand while Abhinanth received a head injury after being attacked with an iron rod. The two are now receiving treatment at Aluva’s Karothukuzhi Hospital.

Relatives of the Muslim girl arrived at Abhinanth’s rented house on Friday and told him that either he should become a Muslim or sign the divorce paper. When Abhinanth refused to give in to their demands the family members of the Muslim girl, including her mother and sister’s husband, assaulted Abhinanth and his mother.

As per reports, Abhinanth had married the Muslim girl about three years ago and the two had stayed with each other for about a year and a half. During this time the girl’s family made several attempts to take her with them and presently she is with her family even though she is still in touch with her husband.

Abhinanth issued a statement saying that he will not convert to Islam and that his wife should ask him for divorce directly if she so desires. It has come to light that 11 members of the Muslim family were involved in the assault on Abhinanth and his mother.

This case highlights how Hindus are under threat due to increasing Muslim radicalization. Activists would immediately jump into protests citing “Muslims under threat” if one were to protest against Muslim men marrying Hindu women with the sole aim of converting the latter to Islam. However, when Hindus are attacked by Muslims as is the case with Abhinanth and his mother, then the activists conveniently turn a blind eye.

The Aluva police have registered a case against those involved in the assault and have also taken Ijaz, the husband of the Muslim girl’s sister, into custody.