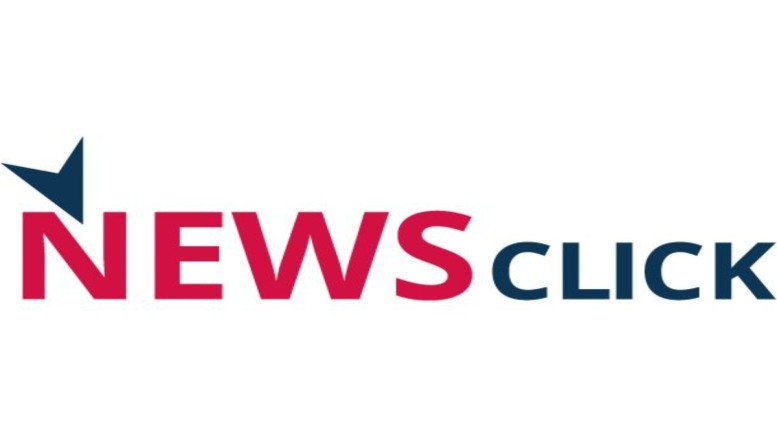 Recently, the Enforcement Directorate (ED) said that an online portal called the PPK NewsClick Studio Pvt Ltd and its editor-in-chief Prabir Purkayastha received Chinese funds through discreet companies registered in the US. Investigations showed that between 2018 and 2021, NewsClick received around 38 crores from a businessman named Neville Roy Singham.

Singham is a shady character with Sri Lankan-Cuban roots, who lived in the US and is now settled in China. He also owns ThoughtWorks, a company that deals in software development using ‘extreme’ programming techniques. Singham is also associated with the propaganda arm of the Communist Party of China (CPC).

In February 2021, the Enforcement Directorate raided premises and the residences of several officials and journalists associated with NewsClick. These unearthed regular email exchanges in connection with the CPC. Investigations revealed they were paid by the propaganda arm of the CPC for creating pro-China and anti-Bharat narrative in Bharat.

These illicit fundings by the CPC were for NewsClick to build a ‘media narrative’ that suited Beijing’s interests. The ED probe seems to have extended to Singham’s links with a senior politician in Bharat! Large sums paid to ‘journalists’ are also under investigation!

It is now common knowledge that China buys media influence using its propaganda outlet China Daily and pays millions to prominent US newspapers and magazines! In fact this technique was used by USSR before it dissolved and has been mentioned in detail in the Mitrokhin archives.

How funding was received by NewsClick

By 2019, the shares of NewsClick (incorporated in 2018), were subscribed at an overvalued Premium of Rs. 11,510/share to launder foreign funds. Why would someone pay a premium and buy a loss-making entity’s share is anybody’s guess. It might seem foolish that someone actually bought shares with a face value of 10/- for 11,500/- but therein lies the deception.

This was done to subvert the 26% foreign direct investment (FDI) cap introduced by the Union Cabinet in 2019, applicable for all digital news media outlets. Those with more equity were required to bring it down.  Back then NewsClick was known to peddle fake narratives and stories but now it seems that their core business was something else. Purkayastha claims that it was a fair assessment, the valuation of which was conducted professionally.

During the financial year 2018-19, they received Rs 9.59 crores from now-defunct M/s Worldwide Media Holdings LLC USA. They were later funded by Justice and Education Fund Inc, USA (27. 51 Cr), GSPAN LLC, USA (26.98 lakhs), The Tricontinental Ltd Inc, USA (49.31 lakhs), and Centro Popular, Brazil(2.03 lakhs). All are Singham-owned companies and the US-based companies are located at the same address. These companies were being infused with CPC funds and allegedly prove a Chinese connection in this treasonous saga.

Within months of its incorporation, NewsClick made a payment of Rs. 1.55 crore to an ‘electrician’! Purykayastha was asked to provide details about such huge receipts & payments and the ‘nature of work’ involved but has not been able to.

Huge sums were transferred to NewsClick under the garb of ‘export of services’! They were paid to defend their crackdown on Jack Ma, whitewash China’s role in Africa, and praise the Chinese investment. One suspects that those services also included ‘toolkits.’

ED raided the office and residence of Purkayasatha, in February this year. They seized “documents pertaining to payments to Gautam Navlakha and Bappaditya Sinha”. Portions of laundered money received as part of foreign remittances from various dubious sources were passed on to Elgar-Parishad Maoist link Bhima Koregaon accused Navlakha & Communist Party of India (Maoist) IT Cell member, Bappaditya Sinha.

The CPI (Maoist) is a terrorist organization banned in Bharat under the UAPA since 2009. Navlakha allegedly received Rs 20.53 lakh while Bappaditya was given 52.09 lakhs from NewsClick. Bappaditya also manages some Twitter handles of CPM leaders and is a ‘consultant’ with NewsClick. He is a regular contributor at the CPM mouthpiece, People’s Democracy that has a history of taking a pro-China stand and publishing articles describing the virtues of the CPC.

Purkayastha admitted his links with Bappaditya but claimed that he was paid for using his software and that ‘there is nothing wrong in it.’ He claimed that Singham is an American citizen who launched and ran a software company in the US before selling and added that Singham has no connections with the Chinese regime.

ED found that Puryakastha was close to Navlakha and the two had incorporated a company called Startacus Software Private Limited with an American defense supplier company. Navlakha also was an ‘Independent Partner” in NewsClick. E-mails were “exchanged between Purkayasatha and Singham on various issues of interest to China”. Others showed that Purkayasatha and his associates were “working on activities which boost China’s image”.

Officers got special permission from the court to question Navlakha who is currently lodged in Taloja Jail in Navi Mumbai. They are interested in his associations with NewsClick. Readers might be aware that many anti-establishment anti-Bharat ‘portals’ exist both here and abroad and the Chinese are just one of many known enemies of Bharat. Foreign funds, dubious characters, and a Chinese connection are how ED described these mercenaries and traitors.

This is another case of urban Naxals being used by foreign powers to destabilize our country. They allegedly plan to defame our country in the international arena and incite violence wherever they see an opportunity. Interestingly, the Delhi high court granted Puryakastha anticipatory bail and protection against arrest till July 29.

Back in the mid-2000s, ThoughtWorks had operations in Bengaluru with 200 employees working in one big room to ‘communicate freely.’ It now has multiple offices located all over Bharat.

Though press-shy, Singham is a big fan of Venezuela’s Hugo Chavez and called it a “phenomenally democratic place.” He also looks to China, where ThoughtWorks has a growing operation, as a model for governance. “China is teaching the West that the world is better off with a dual system of both free-market adjustments and long-term planning”, he said in 2008.

He added that “I think the left will be reborn in this century.”  Curiously, ThoughtWorks is not a socialist collective and Singham wants software to be free, but he also insists on getting paid for his work.